Dismissals and Religious Belief Discrimination: Getting Inside the Employer’s Head

The recent Employment Appeal Tribunal case of Page v NHS Trust Development Authority concerning religious belief discrimination highlights the importance of making it clear why employment (or an appointment in this case) is being ended. Clarity is key.

Mr Page, a Christian, was a Non-Executive Director of an NHS Trust. It is fair to say that Mr Page was not publicity shy. He made several media appearances following disciplinary action taken against him whilst he was a magistrate. Mr Page had expressed a view to his fellow magistrates that he had a problem with the idea of a same sex couple adopting a child. He was at the time sitting on a panel to hear an application by a same-sex couple to adopt a child.

In January 2015, the Chair of the NHS Trust met with Mr Page who confirmed that he had given an interview to the Mail on Sunday and had taken part in a radio phone-in with Radio Kent about his being disciplined as a magistrate.

The Chair asked Mr Page to give him the heads up if there was going to be any more media coverage. Mr Page later said that he could not promise that he would not air his views in public. However, he agreed to attend some further equalities training and the matter was left there.

That was until Mr Page then appeared on BBC Breakfast News, was removed as a magistrate and accepted interviews from ITV News and Good Morning Britain. He overlooked to mention these appearances to the Trust and the Chair was the last to watch the interview with Piers Morgan on catch up on the evening on which Mr Page made his appearance. In the interview with BBC Breakfast News, Mr Page expressed the view that adoption of a child by a same sex couple could never be in the child’s best interests and was “not normal”.

Mr Page was suspended by the Trust and his term was not renewed. He brought claims for religious belief discrimination. Mr Page did not succeed with his claims at the Employment Tribunal and the Tribunal’s findings were recently upheld by the Employment Appeal Tribunal.

The Tribunal had found that the reason for Mr Page’s dismissal was the way in which he had gone about expressing his beliefs rather than the beliefs themselves (religious belief discrimination) in that he had spoken to the media behind the Trust’s back when the Trust had asked him to flag future media appearances in advance. The Tribunal also found that Mr Page must have known that his statements, given his position as a local NHS leader, were likely to damage the Trust’s ability to engage with staff, patients and the public in general.

The Tribunal found that there was no link between Mr Page’s beliefs and his actions. The two were seen to be separate. In other words, it found that views can be a different thing to how views are expressed even if Mr Page thought that this was a “false distinction”.

This was found to be more a case of an individual not following instructions and failing to think about the impact of his actions on others than a case of discrimination.

What can employers take away from this? 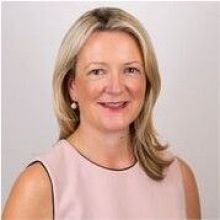 Rhian Radia joined Bishop & Sewell to head up the employment team in 2019.

She has a City background and over 19 years of experience practising employment law. Rhian advises both companies and senior individuals on a full range of employment matters and is well placed to see employment issues from every perspective. She works closely with HR teams to promote claim avoidance and manage risk. Rhian is committed to understanding the specific needs of her various clients and has particular experience of advising in the financial services, healthcare and media sectors.

Louise Barretto
Spousal Maintenance – Where Are We Now?