It should be noted that this entitlement is not similar to the rights existing for Holocaust survivors, as opposed to forced labor in labor camps, concentration centers, and military camps.

The ghettos known under this law are mainly ghettos that were scattered mainly in various Eastern European countries, as well as the ghetto in the city of Salonika, Greece. Following the activities of our office, the German authorities officially recognized ghetto workers in the city of Nalchik in the North Caucasus.

Compensation under ZRBG German law allows those working in the ghettos to receive a social old-age pension from the German Social Security Institute.

The aforementioned old-age pension includes a monthly payment as well as a retroactive payment of compensation in those cases in which a previous application was filed before June 30, 2003, but was rejected in accordance with the criteria that were in force at the time.

In June 2009, there has been a change in the filing and renewal of claims guidelines and since June 2009 the German law enables the renewal of claims which were rejected in the past. It is important to add that in some cases, the age restriction that was in force in the past was canceled and eligibility is now conditional on the survivor being at least 4 years of age when he was working in the ghetto.

In 2014, after a number of appeals on this matter by our firm and other law firms, a regulation was enacted by the German legislature that allows for additional retroactive benefits, sometimes until 1997, even to those who filed their claims many years later.

In cases where the Social Security Institute in Germany finds that a retroactive payment must be paid early than the regular statute of limitations for files in this institution, of four years, a renewed calculation of rights is made, which reduces the amount of the monthly benefit on the one hand and entitles immediate substantial retroactive payment on the other hand. Our office handles this eligibility, examining the proposal of the German Social Security Institute, and ascertaining that none of the rights of our clients have been deducted.

In addition, there is still the possibility of filing claims for a one-time payment of 2,000 euros for work in the ghetto, not out of coercion, in parameters similar to those listed above, and the payment will be considered as a preliminary payment to the German social pension. It has recently been determined that paying a social rent does not entail a non-payment or refund of the sum of 2,000 euros, which was paid by the German authorities in the past. On the contrary, a person who is entitled to a social rent can apply for a one-time payment of 2,000 euros. The opposite situation is possible as well: those who returned the one-time compensation of 2,000 euros, can request this payment back.

In a series of decisions, the Social Security Institute in Germany approved and granted the status of a ghetto to other places mainly in the cities of Romania and Bulgaria. For example, places were added in the cities of Konstanz and Ginta in Romania, and in Bulgaria the towns of Berkovitsa, Burgas, Varna, Lom, Schumann and others. We estimate that additional locations will be recognized later and recommend to follow any developments regarding this issue.

Unlike the rights of Holocaust survivors in the various foundations, the heirs of a person who worked in the ghettos and died after June 2002 are entitled to apply to the old age pension from the German Social Security until the day he died. From our experience in representation in these cases, it often turns out that these are high sums of money, which are divided among heirs under German inheritance law.

Lately, at July 2019, Germany declared its recognition of the status of "open Gheto" at 20 more cities and towns across Romania: 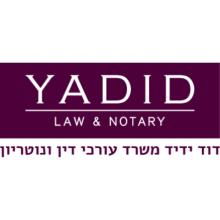 Advocate & Notary David Yadid is a law firm specializing in representing holocaust survivors, both Israeli and foreign, and in seeking financial restitution to compensate for their sufferings during WWII.

Louise Barretto
How Does Divorce Impact the Finances of Those Over 50?

Massimiliano Desalvi
Fight Against Cash Recycling in the EU: New Rules to Strengthen Battle Against Money Laundering and Terrorism Financing