On February 15, 2018, Law N ° 21,078 was published, called the Law of Transparency of the Land Market and Increases in Value for Expansion of the Urban Boundary. Although the Law was published in February, it will come into force only on August 15.

Key points of the Law

This new law aims to regulate the following aspects of the real estate market:

Improve the levels of transparency of the land market by including instances of citizen participation during the preparation of the Territorial Planning Instruments (for example, Communal Regulatory Plan). In this sense, it incorporates two previous procedures, namely: Stage of "objective image" and "preliminary draft" of the plan.

Participation is included even in the cases of regulation or modification of the Intercommunal Regulatory Plans, being an obligation of the respective authority to respond to the observations made.

Creates a general supplementary rule, insofar as it indicates that constructions that are located in urban areas that are not regulated by a Communal Regulatory Plan or by a Sectional Plan (such as, for example, the Central Station commune), must conform to what is named by This new Law, especially to what is available on the height of buildings and the average density of apples.

Improve the application of the territorial tax (contributions) by facilitating the updating of the valuation of certain properties.

Stipulates a new tax, for municipal benefit, because of the greater value that real estate experience due to the expansion of urban limits: 10% on the higher value of real estate disposals in areas included in a process of expanding urban limits.

Cuevas Abogados has specialized in advising companies in the real estate and construction sectors in various areas, providing advice on the regulations of the real estate market, accompanying our clients in the contracting processes and procedures with public institutions and in the sponsorship of lawsuits by civil liability related to the item. 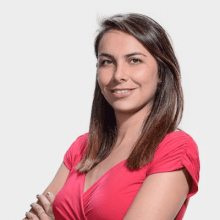 Charles Jamieson
Section 20 Consultation Process: I only have to pay £250?