Spanish Airline Would Arrive in Chile with Flights Via Lima

The Chilean aeronautical market does not stop adding actors. In a short time, the Spanish airline Plus Ultra, which is currently operating between Madrid and two Latin American capitals: Santo Domingo (Dominican Republic) and Lima (Peru), will be able to land in the country: .

Executives from the Spanish company would have met last January with the head of the sub-department of Airworthiness of the Directorate General of Civil Aeronautics (DGAC), Carlos Rojas.

On the occasion, in which the local law firm Cuevas Abogados advised the airline, the possibility of opening a new route between Madrid and Santiago, with stopover in Lima,was studied.

The firm already has authorization to operate in Mexico, although it has not yet started operations. 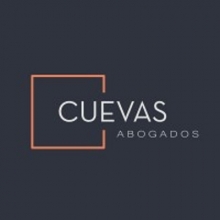 Our international vision and excellent team of lawyers, who provide services in Spanish, English and French, allow us to advise foreign companies that are looking to grow in Chile as well as Chilean businesses that would like to develop their activities abroad.

Ling Kong
The Value of Uniqueness: Non-Fungible Tokens in the Age of Name, Image and Likeness

Mandeep Johal
Can Cross Border Mergers Continue Between Spain And UK After Brexit?

Patrick Allemant
Works for Lands within Works for Taxes Scheme