Eight jurisdictions have been removed from the EU's list of non-cooperative jurisdictions for tax purposes, following commitments made at a high political level to remedy EU concerns.

Barbados, Grenada, the Republic of Korea, Macao SAR, Mongolia, Panama, Tunisia and the United Arab Emirates are moved to a separate category of jurisdictions subject to close monitoring.

On 23 January 2018, the Council agreed that a delisting was justified in the light of an expert assessment of the commitments made by these jurisdictions to address deficiencies identified by the EU. In each case, the commitments were backed by letters signed at a high political level.

“Our listing process is already proving its worth", said Vladislav Goranov, minister for finance of Bulgaria, which currently holds the Council presidency. “Jurisdictions around the world have worked hard to make commitments to reform their tax policies. Our aim is to promote good tax governance globally.”

The decision leaves 9 jurisdictions on the list of non-cooperative jurisdictions out of 17 announced initially on 5 December 2017. These are American Samoa, Bahrain, Guam, Marshall Islands, Namibia, Palau, Saint Lucia, Samoa and Trinidad and Tobago. The list also carries recommendations on steps to take to be de-listed.

The EU's list is intended to promote good governance in taxation worldwide, maximising efforts to prevent tax avoidance, tax fraud and tax evasion. It was prepared during 2017 in parallel with the OECD global forum on transparency and exchange of information for tax purposes.

Whereas the list is to be revised at least once a year, the working group responsible for preparing it (the 'code of conduct group') can recommend an update at any time.

Jurisdictions that remain on the list are strongly encouraged to make the changes requested of them. Their tax legislation, policies and administrative practices result or may result in a loss of revenues for the EU’s member states. Pending such changes, the EU and the member states could apply defensive measures. 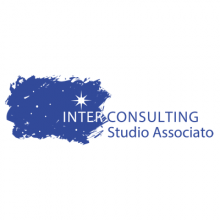 Interconsulting Studio Associato is a firm of international accountants, lawyers and auditors composed of professionals with different skills and expertise spread across multiple areas of business consulting, relevant experience combines with best practices in different areas.

Interconsulting was born in 1988 from an idea of Gilberto Gelosa, dottore commercialista, professor and corporate tax expert, and it has been growing year by year thanks to a professional collaboration with other valuable lawyers, tax and corporate counsels and chartered accountants.

Charles Jamieson
Section 20 Consultation Process: I only have to pay £250?