In 2012, the Government of Spain approved a new regulation that included the specific obligation to provide information on assets and rights located abroad. This affected, in general, all natural and legal persons resident in our country who had bank accounts, titles, assets, securities, rights, own funds, assets, life insurance, disability insurance, annuities and real estate. located abroad, if these exceeded €50,000 for certain categories.

In this case, the obligation to present Form 720 was established, which currently must be sent between January 1 and March 31 of the year following that to which the information to be supplied refers.

The primary objective of this measure was to combat tax fraud. To this end, the legislator established a rigorous specific regime that included the following measures:

1) Total non-compliance, imperfect compliance, or extemporaneous compliance with the reporting obligation relating to assets and rights located abroad would result in the taxation of undeclared income corresponding to the value of those assets as unjustified capital gains, without the possibility of relying on the prescription, since they were attributed to the oldest exercise pending prescription (which in practice meant that they never prescribed).

2) The application of the provisions of the previous section would determine the commission of a tax infraction, which was considered very serious, which would be sanctioned with a proportional pecuniary fine of 150% of the amount of the base of the sanction.

3) Total non-compliance, imperfect compliance, or extemporaneous compliance with the information obligation relating to assets and rights located abroad were also sanctioned with fixed-amount fines that could amount to up to €5,000 per incorrect data.

The approval of this specific regime was assessed very negatively by the European Commission, which considered that the measures adopted were disproportionate with respect to the objective pursued by the standard. It is for this reason that he initiated a preliminary administrative procedure, in which he tried amicably to convince the Spanish legislator of the need to modify this regulation. However, the Government of Spain defended its validity, which led the European Commission to file an appeal before the Court of Justice of the European Union (CJEU).

Well, today, the CJEU has issued a Judgment in which it analyzes the aforementioned regime in light, among others, of the right to free movement of capital enshrined in Community law. In this sense, the CJEU provides that the specific regime established by the Spanish legislator in the event of total non-compliance, imperfect compliance, or extemporaneous compliance with the reporting obligation relating to assets and rights located abroad is much more burdensome than the general regime. planned for when this obligation is breached with respect to goods and rights located in our country, therefore, it implies a violation of the right to free movement of capital provided for in EU law. The CJEU understands that this measure may discourage residents of our country from investing in other member states, prevent them from doing so, or limit their possibilities to do so, and therefore constitutes a restriction on the free movement of capital.

However, the Luxembourg Court points out that restrictions on the free movement of capital may be justified by overriding reasons of general interest. In this case, Spain argued that the specific regime was aimed at combating tax evasion. In this regard, the Court of Justice of the European Union (CJEU) states that, although the specific regime approved may be adequate to fight against tax fraud, given that the national authorities have less information on the assets and rights located in abroad, the measures taken go beyond what is necessary to ensure the effectiveness of fiscal controls and are therefore disproportionate.

In this regard, the CJEU considers that, although the fight against fraud and tax evasion may justify the establishment of a longer limitation period, the specific regime approved is equivalent in practice to indefinitely prolonging the period during which it can be carried out. the imposition or allows to leave without effect a prescription already consummated, which is contrary to the fundamental requirement of legal certainty provided for in the community system.

Likewise, the Court of Luxembourg provides that by sanctioning the taxpayer's non-compliance with his declaration obligations of goods or rights located abroad with a fine of 150%, which can be accumulated with fixed-amount fines, the Spanish legislator causes a disproportionate impairment to the free movement of capital, since the rate applied confers an extremely repressive character to it, which in many cases can lead to the total amount of amounts owed by the taxpayer as a result of non-compliance with the obligation to provide information on their goods or rights abroad exceeds 100% of the value of those goods or rights.

Finally, the CJEU decides that establishing fixed-amount penalties whose amount is much higher than the amount established in the same national penalties is contrary to the principle of proportionality provided for in the community system and therefore also supposes a disproportionate restriction on the free movement of capitals.

For all of the above, the Court of Justice of the European Union (CJEU) considers that the specific regime approved by the Spanish legislator in the event of total non-compliance, imperfect compliance, or extemporaneous compliance with the reporting obligation relating to assets or rights located in abroad is contrary to community law, providing for the obligation to adapt the Spanish internal regulations to the content of the sentence.

We remain fully available for any consultation, extension or comment that may be required regarding such an important resolution. 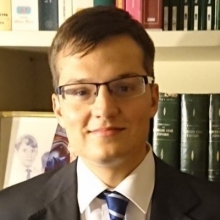 Lawyer specialized in tax and international law. Focused on maximizing clients' investments, and defending their rights and interests before the public administration. Interested in technology and investments, and with an open mind when it comes to facing new challenges.

Louise Barretto
Civil partnerships for all (or for no one)?

Filipe Consciência
One country, different quarantines, and a request for habeas corpus