Home » Articles » Karin K. Rivard » The New Name, Image and Likeness Playing Field for Colleges and Universities: What You Need to Know

The New Name, Image and Likeness Playing Field for Colleges and Universities: What You Need to Know

Prior to 2015, student athletes were not permitted by NCAA rules to exploit commercially their name, image and likeness (“NIL”).  However, the decision that year in O’Bannon v. National Collegiate Athletic Ass’n, 802 F.3d 1049,1074 (9th Cir. 2015) changed the landscape for student athletes and third parties.  The Court held that the NCAA’s NIL rules violated the Sherman Antitrust Act, although the Court upheld the NCAA’s commitment to amateurism.

Colleges and universities face new challenges, including (i) understanding the hodgepodge of state legislation that creates different rights and obligations for colleges and universities depending on the state, (ii) dealing with third parties (including professional agents, media companies and sponsors), each of whom seeks to monetize on the student athlete’s NIL rights in different ways, (iii) dealing with third parties as early as the recruitment process because some student athletes already may have started to exploit their NIL rights, and (iii) the explosion of social media and online sports, especially the growing focus on e-sports and fantasy leagues in the age of COVID.

The Goulston & Storrs College Sports Law Practice can help.  With our deep experience representing colleges and universities and in sports, we can assist you in, among other things:

The Hodgepodge of State Legislation

Four states have enacted NIL legislation.  Over 30 additional states have introduced NIL legislation.  The common threads in all the state legislation are that student athletes will be permitted to be compensated for the use of their NIL and existing rules by colleges, universities and athletic governing bodies, such as the NCAA, will be overridden.  However, with over 30 states, there are over 30 different and sometimes inconsistent sets of applicable rules.  They will present significant compliance challenges.

The NCAA Response to the Hodgepodge of State Legislation

Rather than battle 50 states or try to comply with the laws of 50 different states, in April 2020, the NCAA Board of Governors issued a Final Report of its Federal and State Legislation Working Group (the “Report”) discussing how the NCAA desires to maintain its fundamental principles governing collegiate athletics while addressing student athletes’ desire to reap the financial benefits from exploiting their NIL rights.  The NCAA recognizes that it may no longer prevent student athletes from exploiting their NIL rights (as the O’Bannon court stated), but is concerned that the NCAA principles governing collegiate athletics will be eroded if the states are allowed to adopt regulations that override or limit the NCAA’s authority over NIL rights.  To try to reconcile these positions, the Report endorses the adoption of uniform federal legislation that would govern student athletes’ control and exploitation of their NIL rights; that would preempt individual state laws; and that would exempt NCAA rules from the antitrust laws.

The NCAA’s goal is to capture the following fundamental principles in its rules:

The NCAA is striving for adoption of new rules in time for the 2021-22 academic year.

As the NCAA has been working through its own process for addressing student athletes’ NIL concerns, at least three federal bills have been introduced in Congress.  The most recent, proposed on September 24, 2020, is H.R. 8382 “To prohibit a covered athletic association and institution of higher education from prohibiting a student athlete from participating in intercollegiate athletics because such student athlete enters into an endorsement contract, and for other purposes.”  The full text of the legislation has not yet been published but according to published summaries, the legislation is consistent with the NCAA’s proposed principles.  However, the NCAA has suggested that the Act does not provide the “guardrails” necessary to prevent student athletes from losing their student and non-employee status and does not go far enough to protect the amateur nature of collegiate sports.  Further, the bill does not include the antitrust exemption the NCAA desired.

According to summaries, the Act, if passed, would:

With or without the adoption of federal legislation, NCAA has continued to adopt its own rules enabling student athletes to capitalize on their NIL rights.

On October 6, 2020, the National Association of Intercollegiate Athletics (NAIA) adopted rules to enable the student athlete to profit from the use of their NIL without endangering their student status or rights to participate in intercollegiate sports..

The range of issues presents unique and evolving legal and internal challenges for the college and university as each navigates the “guideposts”, new business models and real-life situations.

The Explosion of Social Media and On-Line Sports

Intercollegiate e-sports have grown exponentially in the past few years.  At the college level, e-sports has thousands of student participants, coaches, IT members and other athletic department personnel.  It also attracts sponsors and, more recently, media attention.

For colleges and universities, this explosion creates new revenue opportunities and legal concerns.[1]  As relates to the exploitation of NIL rights, colleges and universities face the same legal challenges noted above concerning the need to protect its student athletes from undue commercial exploitation by agents, to prevent sponsors and the media from undermining the institution’s revenue stream, to protect the institution from additional and unnecessary regulatory oversight, and to protect the image and culture of the college or university.  In addition, the colleges and universities need to meet the challenge of providing its student athletes in traditional sports with the same NIL revenue opportunities as its e-sports participants have, as well as the legal challenges involved in fantasy sports participation by the e-sports participants and other members of the community.

Meeting the Legal and Regulatory Challenges

Colleges and universities will be subject to increased restrictions on how they govern their student athletes’ exploitation of NIL rights, whether from NCAA and NAIA rules, state legislation or federal legislation.  Schools need to address what role they will take with respect to the student athlete and third parties including the professional agent, sponsors and the media.  Administrators, coaches and directors need to assess what they need to do legally to protect their students from undue exploitation and to protect their institutions’ stream of revenue, rights and culture from undue regulation.  They also need to develop a consistent and fair set of rules and policies that apply to student athletes in traditional sports and e-sports.

We can help.  The Goulston & Storrs College Sports Law Practice is comprised of lawyers with expertise in such diverse areas as intellectual property, contract negotiation, compliance, corporate governance and litigation.  The Practice also is diverse in background, reflecting the diversity in the colleges and universities.  We can assist athletic departments and educational institutions in, among other things: 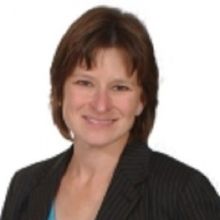 Karin structures and negotiates both simple and sophisticated business transactions, with a focus on transactions that monetize or depend on intellectual property.

Karin helps clients develop ideas into products, structure and enter into strategic alliances and collaborations, and optimize product sales and distribution. By protecting and monetizing their intellectual property (including patents, copyrights, trademarks and trade secrets) these clients earn revenue from pharmaceutical, consumer and agricultural products, medical devices, software and services.

Karen Bright
Is it a Lessee’s Charter to Avoid Payment of Service Charges?

Rhian Radia
Not All Secret Recording of an Employer Is Equal

Hans de Kruijs
Holding and Managing Investments From the Netherlands