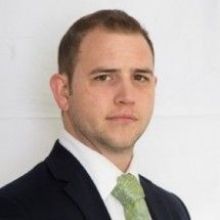 Charles was Called to the Bar in 2012 and in 2016 became a Fellow of the Chartered Institute of Legal Executives following three years of Dispute Resolution with W H Matthews & Co in the City before joining Fisher Meredith in January 2017. Prior to returning to education as a mature student Charles was a contract negotiator and broker.

Charles specialises in property disputes including Landlord & Tenant (residential and commercial), Boundary Disputes, Party Wall Act matters, Trespass, and Construction Disputes – acting for home owners, leaseholders, builders, sub-contractors, tenants and property & management agents alike. In addition to disputes, Charles will provide a bespoke advisory service before a venture of course of action is commenced, thereby allowing a party to proceed with their eyes open to certain risks. Charles is often asked to review Tenancy Agreements and procedures for Residential Landlord’s either new to the market of with an established portfolio of properties.

In his spare time Charles is a pro bono Community Mediator and the Staines Village Residents and Traders Association legal adviser.  He is also appointed as a Trustee for CALM Mediation, a charity focused on community mediation and restorative justice.

Finally, after what has seemed like an interminable wait, businesses are now able to consider the promised legislation protecting commercial tenants from insolvency proceedings (the Coronavirus Act loophole).

Rights of Way can be one of the most bothersome issues for neighbours. The general rule is pretty simple to follow: there is a right over someone else’s land. So why does it get so complicated?

Section 20 Consultation Process: I only have to pay £250?

One of the most daunting moments for a leasehold owner is receiving a service charge demand, knowing that there is a contractual cost contained within it which is generally outside of their control.