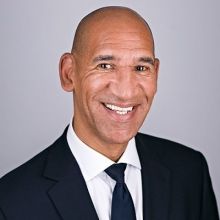 In his current role Charles heads the Immigration Department, leveraging his considerable experience to allow the team to offer a broad range of immigration services across the entire Private Client, Corporate and Litigation spectrum.

Charles began his immigration career in the mid-1990’s when he joined an independent organisation in London offering legal advice and general representation to asylum seekers and refugees. In this capacity he presented in excess of 1,000 appeals before the Immigration Tribunal, with a success rate considerably higher than the sector average. He also managed a team of appeals advocates.

Charles subsequently co-founded a niche immigration and employment law firm, where he represented a broad range of private and corporate clients, including a number of ‘M4 corridor’ IT and technology companies, professional sports clubs and education providers. Charles also developed a broader litigation practice, successfully pursuing a number of High Court and Court of Appeal cases.

In 2009 Charles established a private and business immigration department at a Central London commercial firm, where he was made Partner. He continued to develop his corporate and private client practice, with a particular focus on high-net worth individuals under the Tier 1 Investor and Entrepreneur categories of the Immigration Rules. Charles also maintained a small, high-profile political asylum practice in which he represented, amongst others: government ministers, diplomats, high-ranking military officers and leading academics. Charles continued to develop his appeal and litigation work alongside his corporate practice, which focussed on small to medium sized enterprises across a wide range of sectors, such as information technology, property, manufacturing, software design and public relations.

What Is Happening With The Tier 1 Entrepreneur Visa?

What are potential applicants to make of this confusion and what is likely to happen to the Tier 1 Entrepreneur category of the Immigration Rules?

On 25 November 2018 the EU Heads of State approved the draft Withdrawal Agreement setting out the terms of the UK’s departure from the European Union.

In his announcement to end EU free movement, treat Europeans the same as non-EU citizens and introduce a new immigration system that will focus on skilled workers, the Home Secretary plans present employers with potentially significant administrative and financial challenges in the next few years.