Adjustments Regarding Transfer Pricing Are Not Relevant For VAT Purposes

The Court of Cassazione, with the sentence n. 2240 of 30 January 2018, examined the effects of transfer pricing adjustments on VAT, reaching a European-oriented conclusion.

According with the indications of the European Court of Justice, it has been ruled out that the regulation on transfer pricing is applicable for the purposes of determining the VAT base, as the transfer pricing is based on the concept of "normal value", which in the application VAT rules is allowed only in the cases strictly required by Article 80 of Directive no. 2006/112 / EC.

Following the changes made by the D.L. 50/2017, article 110, paragraph 7, Tax Law states that "the components of income deriving from transactions with companies that do not reside in the territory of the State, which directly or indirectly control the company, are controlled or controlled by the same company which controls the company, are determined with reference to the conditions and prices that would have been agreed between independent parties operating in conditions of free competition and in comparable circumstances, an increase in income is generated (...) ".

As mentioned by the report to the scheme of the D.L. 50/2017, the rule introduced is aimed to adopt the terminology of the domestic transfer pricing rules to the most recent indications of the OECD also in the context of the "Base Erosion and Profit Shifting" (BEPS), in order to the correct determination of the “normal value” of transactions between associated companies and the consequent changes in income tax.

In particular the Tax Law has been adapted to reference to the arm's length principle in determining the value of transactions between associated companies, as stated in article 9 of the OECD model and illustrated by the OECD Guidelines on Transfer Prices for Multinational Enterprises and Tax Administrations.

In VAT area, on the other hand, the payment received is a key element in the mechanism for applying the tax, based on the principle of neutrality of the VAT tax, which would be violated if the tax base was calculated for istance as an higher amount.

In Article 73 of Directive no. 112/2006/EC, it’s provided that, "for the supply of goods and services (...), the tax base includes everything that constitutes the amount paid or to be paid to the supplier for such transactions by the purchaser, including subsidies directly linked to the price of such transactions ", while the articles 167 and following of the same Directive regarding the right to deduct of the purchase cost of the good/service, without contemplating any reference to the value of the good or service.

Even for the European Court, the fact that an economic operation is done at a price above or below the “normal value” must be considered irrelevant. There isn’t any tax avoidance or base erosion if the goods/services are selled at artificially low or high prices between the parties, where both parties benefit the right to deduct the VAT paid.

The tax base for the sale of a good or the provision of a service, therefore, consists of the amount paid by the taxable person and it represents the subjective value, actually received and not a value estimated according to objective criteria.

Apart from this hypothesis, the “normal value” - defined by Article 72 of Directive no. 2006/112 / CE and article 14 D.P.R. 633/1972 – has a limited application to the situations governed by Article 80 of Directive no. 2006/112/EC, that requires, in particular, that the transaction is done between related parties and characterized by a limitation of the right of deduction of VAT.

In the sentence n. 2240/2018 was also pointed out that, under normal conditions, the tax administration is not allowed to re-determine the value of goods and services purchased by the entrepreneur, excluding the right to deduct if the value is considered uneconomic and , therefore, different from that considered as "normal value".

The judges, however, added that the calculation of VAT on the fee may be ignored when the tax administration proves the operation is unprofitable; in this case, it is the responsibility of the entrepreneur to demonstrate that the sale of goods or the provision of service is real and inherent to the activity performed. 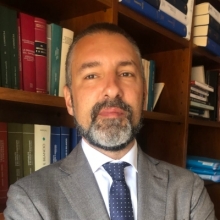