The bankruptcy statistics for this year 2021 indicate what many experts in bankruptcy law already predicted: The avalanche of bankruptcy proceedings is a reality. However, the truth is that despite the economic crisis resulting from the health crisis of the COVD-19, the statistics are highly distorted by the bankruptcy moratorium that was declared by Royal Decree-Law 16/2020, of April 28, of procedural and organizational measures to deal with COVID-19. And we say distorted, since the increase in contests has been largely by the self-employed or individuals who seek the Benefit of the Exoneration of Unsatisfied Liabilities or commonly called “Second Chance” —almost 300% compared to 2020—, while, legal persons (companies) are reluctant to apply for bankruptcy since they are not obliged to do so.

The aforementioned moratorium agreed by RDL 16/2020, of April 28, established the suspension of the duty to request the declaration of bankruptcy by the administrative body of a commercial company that is in a situation of insolvency until 14 April March 2021. Subsequently, Royal Decree-Law 5/2021, of March 12, ordered a new extension of the bankruptcy moratorium until December 31, 2021 (inclusive). As of this date, the calculation of the two-month period that regulates the Consolidated Text of the Bankruptcy Law will begin for the legal obligation to request the bankruptcy of a company in crisis or insolvency.

Currently, many entrepreneurs want to squeeze the maximum deadline provided by RDL 5/2021 of March 12 to try to save their company. But what was "wounded or mortally wounded" prior to and during the crisis, quite possibly will continue in the same situation after December 31, 2021. It has already been warned in various economic forums that Spain is currently a country full of “zombie” companies that are surviving due to public aid translated into ERTES, ICOS and other regional or local subsidies.

As lawyers specializing in bankruptcy law, we have come across a multitude of businessmen hoping to save their company despite the fact that the indicators show the opposite. Already, various professionals in the sector (Lawyers for the administration of justice, lawyers, economists, Judges and Bankruptcy Administrators) in various congresses and conferences speak of the danger of rushing the terms of the bankruptcy moratorium for companies that today are insolvent and will continue to be so. .

Apart from being a legal obligation in certain situations, the application for bankruptcy has many benefits for the insolvent company. For example, it can restructure its indebtedness through certain pre-bankruptcy systems, paralyze singular executions on those assets not related to the activity, and generate a protected framework for negotiation with all creditors. However, bankruptcy can also have negative repercussions for the administrative body, especially if the legal obligation to request it in the time established by law has not been complied with.

To do this, in a specific part of the bankruptcy procedure, called the "bankruptcy qualification piece", the Bankruptcy Administrator and the Public Prosecutor analyze, among other aspects, whether the bankruptcy was presented within the legally established period and whether the company managed correctly and in an orderly manner by its administrative body. As a result of this analysis, two things can happen, that the bankruptcy is declared fortuitous without responsibility for the administrative body, or that it is declared guilty, with the effects that we will explain later.

Nobody has a crystal ball to know what the judges will do after the moratorium, but there are already various currents of opinion that choose to qualify a guilty contest for the businessman who knew that his company was not working, and even so, preferred to keep the society in the market rushing the term granted by the bankruptcy moratorium, hoping that a miracle or public aid would save it, without taking any action to restructure the company. Ultimately, if despite the moratorium, the inaction or passivity of the administrative body, aggravates the insolvency, the bankruptcy will be declared guilty.

The effects of a contest being declared guilty in the qualification piece has a series of serious repercussions for the employer, making him liable for the corporate debts generated due to his delay in the presentation of the contest (among other issues) in addition to being able to Disqualify you from managing other people's assets for a specified period.

Since each case is different and it is convenient to analyze it with a specialist, at Manubens Abogados we have our own department of specialists in Bankruptcy Law who can advise you to carry out an orderly closure of your company to avoid personal liabilities and to be able to start a new business project without risks. " 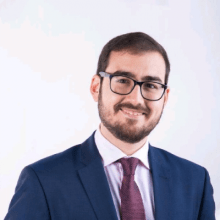 "Exercising this profession requires a mixture of passion, vocation, legal knowledge, public speaking and empathy with the client "

I am a lawyer with double degrees in Law and Business Administration and Management. The legal and economic knowledge has allowed me to specialize mainly in areas of law more oriented to the world of the company, such as Bankruptcy Law, Commercial Law, Civil Law, Civil Procedure, Administrative Law and Economic Criminal Law.

I am a dedicated lawyer, empathetic and passionate, who tries to defend the interest of his client above all.

Cristina L. Addy
What Does Tax Reform Mean for Retail?

Salvador Balcells i Iranzo
After Mortgage Floor Clauses and Mortgage Expenses ... Now Comes the Increase in the Value of Urban Land

Louise Barretto
What is Emotional Abuse?