Home » Articles » Charlie Davidson » Canary Wharf Landlord Wins Brexit Case: Leaseholder Left Frustrated, But Not In The Way They Had Hoped For

Canary Wharf Landlord Wins Brexit Case: Leaseholder Left Frustrated, But Not In The Way They Had Hoped For

The case concerned a 25 year lease granted in 2014 to a decentralised agency of the EU known as the European Medicines Agency (“EMA“). The lease was for part of 25-30 Churchill Place, Canary Wharf, and reportedly commanded an annual rent of £14M.

As a result of Brexit, and the provisions of Regulation (EU) 2018/1718, the EMA was required to move its operational base to Amsterdam from London if/when the UK leaves the EU. However, the EMA found itself locked into its 25-year lease with its landlord, the Canary Wharf Group (CWG), until 2039. As has been widely reported this would have cost EMA around £500M over the term of the lease in rent and other associated costs.

“Having considered the position under English law, we have decided to inform you that if and when Brexit occurs, we will be treating that event as a frustration of the Lease.”

CWG, not agreeing with this statement, issued legal proceedings in June 2018. CWG sought a declaration from the Courts, confirming that the lease would not be brought to an end due to Brexit and EMA would remain bound by its terms.

In broad terms, EMA was attempting to bring their 25 year lease to an end prematurely by claiming the lease had become “frustrated”.

Frustration is a legal term where a contract (including a lease, as in this case) may be brought to an end when something occurs that renders it impossible to fulfil, or transforms the obligation to perform into a radically different obligation from that envisaged at the moment the contract was entered into.

In the course of a hearing lasting 9 days before Mr Justice Marcus Smith, EMA argued that the occurrence of Brexit would frustrate the lease because it would no longer be lawful for it to pay the rent reserved by the lease. The Judge rejected this on the basis that while the protections conferred on the EMA by EU regulations would be reduced; the EMA would still retain the capacity to deal with property in a non-EU country. The conclusion reached was that EMA did have capacity to continue performing its obligations under the lease. As such, there was no frustration and lease will continue.

The Judge also rejected EMA’s alternative argument that Brexit would frustrate the parties’ original common purpose. This was because although Brexit itself was not foreseeable when the lease was first entered into, the parties had thought about the possibility of EMA needing to vacate the premises early. It was for this reason that the parties had included provisions entitling EMA to assign/transfer or sublet the lease (though curiously there was no break clause included in the final form of the lease)

The judge, in considering EMA argument commented that:-

“I accept that the removal of the EMA out of London is not a matter it desired but which was caused by an event outside its control. If the Lease is not frustrated, the EMA will be obliged to pay rent – if it cannot assign or sub-let – and will, for the duration of the Lease, be obliged to pay for Premises it does not need. But the EMA chose to enter into a long-term relationship, with long-term obligations. It played a role in framing those obligations: it could have opted for different premises, with a shorter lease; it could have negotiated a break and paid a (far) higher price and foregone the inducements it received. It did none of these things, but instead accepted provisions contemplating its departure from the Premises and providing for this case.”

This judgement, while being widely reported and being good news for British commercial property landlords, turned principally on detailed consideration of the novel political and legal constraints on the EMA as an EU agency. It is therefore not of wide application to other private parties.

However, the judgment went into detailed consideration and review of the English law as it applies to frustration of leases and reiterated how difficult it is for frustration to arise.

There are many reasons why the circumstances of tenants may change; requiring them to relocate, but being in a financially disadvantaged situation is not a good enough reason to bring a lease to an end. All parties to a lease need to be alive to this at the point of negotiation and should not agree to terms of a lease lightly or flippantly. 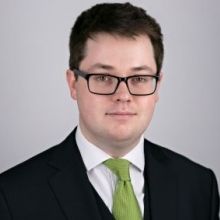 Charlie joined Bishop & Sewell following the merger with Fisher Meredith in August 2017. He is currently a solicitor in the property department at Bishop and Sewell, dealing with both residential and commercial properties.

He graduated from the University of London with a degree in philosophy before completing his law conversion and the Legal Practice Course at the University of Law in Guildford. Charlie has a proven track record of providing a “bespoke service” and in offering both practical and tactical advice to our clients.

Matthew E. Epstein
End Of An Era Or Simply a Moment In Time?

Marcel Smit
Not Playing By The Rules As An Employer In The Netherlands: The Ryanair Case