Read in English
Read in French

In view of the spread of the Covid-19 epidemic and the economic difficulties caused by the quarantine, the French government has adopted several measures to support businesses (terms of payment of social and tax instalments, guaranteed loans, tax rebates, etc.).

However, the Minister of Economy and Finance, Bruno Le Maire, warned, in a statement on 27 March 2020, that companies asking for State support could not then pay dividends to their shareholders, on pain of having to reimburse the support and pay penalties.

A document entitled " Engagement de responsabilité pour les grandes entreprises bénéficiant de mesures de soutien en trésorerie " was then published on the website of the Ministry of Economy and provides details on how to implement this commitment by companies.

Companies concerned by this commitment are independent businesses and groups of companies applying for a deferment of tax and social security payments or a state-guaranteed loan and which :

For groups, this commitment covers all of the French entities and subsidiaries of the group in question, even if only some of these entities or subsidiaries benefit from liquidity support.

First, these companies undertake, not to pay dividends in 2020 to their shareholders in France or abroad (this commitment isn’t concern entities with a legal obligation to distribute a fraction during the year 2020).

The concept of dividend referred to in the document includes:

On the other hand, intra-group distributions remain possible when they have the effect of financially supporting a French company (in particular to enable it to meet its contractual commitments to its creditors).

The distributions made by the group's foreign entities to the group's French entities also do not call into question the support requested by the latter either.

In addition, allocations of shares in connection with a reorganization of the Group are not equivalent to the payment of dividends in shares.

Moreover, companies concerned by this commitment can’t buy back shares during the year 2020.

However, others shares buybacks, such as those intended for the allocation of shares to employees, remain authorized.

With regard to its implementation, the Ministry's document indirectly constrains large companies, because it actually conditions the benefit of the support measures to the making of a commitment.

Thus, the terms of the commitment depend on the type of support:

These commitments are applicable from 27 March 2020. Thus, the temporal criterion for assessing whether a large company is eligible for the liquidity support is:

Finally, as long as it benefits from a liquidity support measure, the company mustn’t have its tax headquarters or a subsidiary without economic substance, in a State or territory that is not cooperative in tax matters (Articles 238-0 A and 209 B of the General Tax Code).

Consequently, if a large company decides, after 27 March 2020, to pay a dividend or buy back shares, it will not be able to benefit from the State guarantee on a loan it has already taken out with its bank or with which it has taken steps to this purpose. The lending bank will also be able to require the company to reimburse the entire principal amount in advance.

In addition, the company will be charged the applicable late payment surcharges for non- payment of taxes and contributions (5% initial surcharge + 0.2% per month of delay), as provided for by tax and social security legislation. The company will not be able to benefit from a time limit agreement for the extended due date and will have to pay the unpaid amounts immediately. 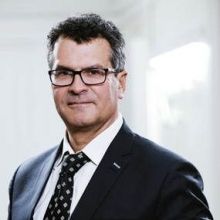 Vincent GAUTIER holds a DEA from the University of Paris I La Sorbonne and is a partner of the law firm Jean Claude Coulon & Associés. He is specialised in business law and especially in corporate law, mergers and acquisitions particularly the acquisition of companies holding real estate assets.

Maryline RINAUDO holds a Double BA degree in Law and Economics (2017) and a DJCE (2019) from the University of Nancy. She is specialized in business law and especially in economic law. She passed the bar exam after her studies and she will join the EFB in January 2021. She is currently intern at the law firm Jean Claude Coulon & Associés.

Matthew Hillery
Relief for Some Non-Resident Aliens Stranded in the U.S. Due to the Coronavirus Outbreak

Natalia Vera Matiz
The Risk on the Internet Is for Copyright Owners or for Users?