Home » Articles » Mariam Khaliq » Deal or No Deal – Does It Really Matter?

Deal or No Deal – Does It Really Matter?

In recent weeks it has seemed more likely than most initially thought that the UK could leave the European Union on 29 March 2019 without a Brexit deal. As a result, the government has outlined in a Policy paper titled “Citizens’ Rights – EU citizens in the UK and UK nationals in the EU” dated 28 January 2019 how it intends to treat EU nationals arriving in the UK after 29 March 2019 if the UK leaves the EU without a Brexit deal.

If the UK leaves the EU on 29 March 2019 without a Brexit deal, free movement will end straight away, so from 30 March 2019 any EU nationals arriving will no longer be able to simply enter and reside in the UK on the basis of their EU nationality.

Instead, a transition period will come into operation between 30 March 2019 and 31 December 2020, during which EU nationals will be granted leave to enter for 3 months. If they want to stay longer than 3 months, they will need to apply for an endorsement in their passport called European Temporary Leave to Remain.

If EU nationals want to stay in the UK for more than 3 years, they will need to apply for immigration status under the new immigration rules, which will come into effect from 1 January 2021. However, some of these people may not qualify under the future immigration system (for example, low skilled workers) in which case they will need to leave the UK at the end of the 3 year period when their European Temporary Leave to Remain expires.

EU nationals arriving on or after 30 March 2019 will be able to bring their non-EEA nationals who are their ‘close family members’, which would mean their spouse/partner and dependent children under 18. Those family members will need to apply in advance for a ‘family permit’ and will not be able to ask for entry to the UK at the border as they can currently do.

EU nationals who are living in the UK before 29 March 2019 will not need to apply for European Temporary Leave to Remain as they will be eligible to apply under the EU Settlement Scheme which will still operate even in the event of no deal. Those here by 29 March 2019 will have until 31 December 2020 to apply for status under the scheme. Until this time, EU citizens will continue to be able to rely on their passport (as a British citizen may) or national identity card if they are asked to evidence their right to reside in the UK when, for example, applying for a job, as they do currently.

One of the marked differences between arrangements under an agreed deal scenario versus no deal is that if the UK leaves the EU under the terms of the Withdrawal Agreement, the EU Settlement Scheme set out in the Immigration Rules under Appendix EU will run in parallel with the EEA Regulations until December 2020, so one could essentially choose whether they wish to apply for Permanent Residence under the EEA Regulations or a settled status document under Appendix EU.

A permanent residence application rather than settled status may be of particular use for those whose goal is to naturalise as a British citizen as soon as they can, because we know that when a Permanent Residence card is issued by the Home Office, they also confirm the date the applicant acquired Permanent Residence under the EEA Regulations and if that date was more than 12 months ago, this is a vital document to prove they can proceed to British Citizenship straight away. In contrast, it is very likely the Settled Status document will not contain this date because settled status is a creature of the immigration rules. Those granted settled status under Appendix EU will in all likelihood have to wait 12 months until they can make an application for British citizenship unless they are married to a British citizen.

These proposed arrangements will not apply to Irish citizens. They will continue to be free to live and work in the UK without restriction as they continue to have the right to enter and live in the UK under Common Travel Area arrangements.

Given the above, any EU nationals already in the UK or any planning to arrive should consider whether their plans need to be altered – i.e, coming to the UK earlier than initially planned and for those already here, whether they should be making an application under the EEA Regulations or Appendix EU and when this should be done. 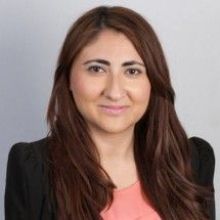 Thuy-Dien Bui
Copyright Compliance: (Re-)Register Your DMCA Agent in 2017 to Keep Your Website Docked in the Safe Harbor