It seems that nearly every day another retailer announces the large-scale closure of brick-and-mortar storefronts, with such household brands as Toys “R” Us and J. Crew, just to name two, planning to shutter stores in 2018. The significant challenges faced by traditional retailers are often attributed to the rise of online shopping, while at the same time some retailers are bucking this trend and expanding their physical footprints. Further, in light of the bells ringing the demise of brick and mortar, it remains the case that e-commerce even today accounts for less than 10% of total sales.

While the debate continues regarding the threat that e-commerce poses to traditional retail, one thing is for certain — much of the marketing that fuels all retail purchases has migrated online. The rise of digital marketing, though relatively recent, has been swift and extraordinary. It was only a few years ago that online advertising revenue surpassed ad revenues for broadcast TV, and just last year that it overtook all TV ad revenue combined,including both broadcast and cable.

The astonishing ascent of digital advertising has been largely spearheaded by, and continues to be dominated by, Google, which collected an estimated $73 billion in ad revenue in 2017 alone. The lion’s share of this revenue comes from Google’s AdWords platform, which allows businesses to bid on keyword search terms. Whenever the purchased term is searched, the business’s ad is displayed in the “sponsored” banner at the top of the search results. Though Google continues to maintain its dominant position with AdWords, some also see a threat looming as Amazon’s advertising business, which operates much like AdWords, begins to gain momentum. In any event, while not the only medium for marketing online, there is no question that search-based advertising continues to be a central focus of marketing efforts, especially as more and more digital ad revenue is attributed to mobile advertising, which is driven largely by mobile search.

It is within this context that a federal district court in Manhattan recently handed down a telling decision addressing an issue at the fore of digital advertising — whether trademark law prohibits an organization from purchasing a competitor’s trademark as a keyword. The case, which was successfully litigated by Goulston & Storrs’ own Martin Edeland and Adam Safer, pitted two of the largest Alzheimer’s charities in the country — the Alzheimer’s Disease and Related Disorders Association (“Association”) and the Alzheimer’s Foundation of America (“Foundation”) — against each other in a battle for donations.

While the case involved non-profits and was not the first to address the practice of purchasing competitor keywords, the court’s decision has immediate implications for commercial advertisers who are either considering buying competitor keywords or who are looking to protect their own trademarks from others who might use this strategy. In reaching its decision, the court applied the traditional multi-factor test typically applied in infringement claims. Key to the court’s decision was its finding that the Association’s trademark was a relatively weak descriptive mark. Additionally, the court found little, if any, evidence of actual confusion among consumers between the Association and the Foundation. On this point, the court rejected surveys conducted by the Association that allegedly demonstrated confusion, finding that these studies were flawed, specifically, for their lack of a sufficient control variable.

In focusing largely, though not solely, on these two factors — strength of trademark and whether surveys demonstrate actual consumer confusion — the court provided a valuable roadmap for retailer either evaluating their own trademarks or considering purchasing competitor marks. Certainly among the largest considerations for a retailer would be evaluating the relative strength of a trademark and evaluating whether purchasing competitor keywords creates confusion for an ad audience by conducting due diligence in the form of consumer surveys. Given the complexity of this area of the law, it is undoubtedly wise to consult sophisticated counsel to assist with charting your path. 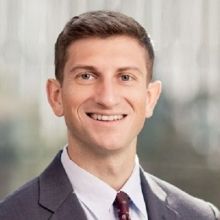 Lawrence Ferris is an Associate in the firm’s Real Estate Group.  He advises clients on all stages of the land use approval process including due diligence, special exception and variance applications, planned unit developments, community outreach, and permitting. Lawrence has experience working on projects of all sizes, from large mixed-use developments to single-family homes, and has worked on matters through all phases of development, from initial concept to procuring entitlements and permitting, and related litigation.