Home » Articles » Matthew E. Epstein » End Of An Era Or Simply a Moment In Time?

End Of An Era Or Simply a Moment In Time?

What conclusions can we draw from the increasing vacancy rates in prime NYC retail real estate?  A momentary blip? Something we’ve seen many times before, only to be followed by the inevitable climb in rents to their customary stratospheric levels? Analysts claim that rents in the retail sweet spot of Madison Avenue between 57th and 77th have come down to $1,100 per square foot from $1,800 per square foot in a little more than a year. Similarly, SoHo rents are down 8% in less than a year. We can’t predict the future, but we can certainly point out circumstances contributing to the current state of retail anxiety. In the past, international luxury retailers might have viewed Madison or Fifth Avenue locations as marketing plays designed primarily to strengthen their brand (or, at least, match the competition). More recently, these retailers are balking at the landlord’s rent numbers. What’s behind this reticence? A less friendly political climate could be partly to blame. The travel industry claims that visits to NYC are down since the election. Foreign visitors are critical to luxury sales. We can add to the list the increasing number of Manhattan neighborhoods friendly to retail. Ten years ago, the Meatpacking District and Hudson Yards wouldn’t have been on anyone’s list; they are now attracting retailers from their customary haunts.

Until now, we might have argued that NYC retail paid no heed to nationwide trends and was immune from fluctuations wreaking havoc in the “hinterlands”. After all, any foreign retailer intending to plant its flag in the States would first establish a beachhead in Manhattan. For several reasons, we’re not certain that’s the case anymore. From our experience counseling international retailers entering the US market, their focus is on locating where their customers live and work—and that might not be Manhattan. Would it be better to get some buzz with four stores in New England or one in Manhattan if the capital outlay is the same? Additionally, for years, luxury and entry level luxury retailers have battled schizophrenia between the enticement of hefty profits at outlet centers and the threat of diluting the brand. The aspirational outlet buyer—attracted to brands previously outside their reach—will only be retained at the right price. And if that’s to be found at the outlet store or on-line at Gilt, Ebay, Barneys Warehouse or elsewhere, there’s one thing for certain: they aren’t paying full price on Madison or Fifth.

Economics 100 teaches us that the market is self-correcting. As prices drop, more purchasers (i.e. tenants) will be attracted to the market. At some point, with more tenants chasing fewer spaces, rents will again increase. If you read further in your economics textbook, you might have come to a discussion of inflexion points. That’s the time in the life of a business when its fundamentals are about to change. Andrew Grove wrote that “change can mean an opportunity to rise to new heights. But it may just as likely signal the beginning of the end”. We are not going to predict whether current NYC retail trends represent an inflexion point. Some data points are not encouraging; the huge amount of space occupied by restaurant and entertainment is notoriously sensitive to downturns in the economic cycle. Furthermore, overleveraged property owners are locked into rent structures to support debt and could face foreclosure if tenants willing to pay those rents are simply not to be found. Nevertheless, we remain optimistic that there are new retailers around the corner busy inventing the next product we simply have to own. After all, until last year, who knew that we all had to have a $900 down jackets sporting a nifty little label on its sleeve? 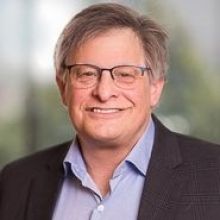 American and international retailers turn to Matt Epstein for business and real estate law advice. Matt has coordinated the national roll-outs of stores for numerous retailers including J.Jill, J. Crew, kate spade, Tory Burch, Betsey Johnson and Swarovski Crystal, including the negotiation of leases at regional malls and urban locations. Matt has over 25 years of experience in a wide range of real estate matters.

Prior to joining the firm, Matt clerked for the Honorable Morey L. Sean, Federal District Court, Eastern District of Louisiana. He is a Director and a Co-Chair of the firm's Retail, Restaurant & Consumer group.

Commercial real estate transactions (retail, office, industrial and mixed-use) that involve properties located in New York City and throughout the country, including acquisitions and dispositions (one-off and portfolio transactions), commercial development, leasing and finance are the foundation of David Rabinowitz's extensive experience. David also focuses on representing non-U.S. retailers in connection with their expansion into the U.S. Chambers USA reports that David is New York retail's "key contact." David, a Director in our Real Estate group, brings thirty years of experience to his practice and clients.

David A. Lewis
On Retaildential Densification: Unpacking the Jargon and Trends of Adding Residential Uses to Shopping Centers