The EU Exit Order deals with only a few practical technicalities affecting EEA and Swiss citizens coming to the UK. There are no new revelations. It simply sets out the legal basis for certain developments.

The main takeaway point is that EEA and Swiss citizens will automatically be given permission to stay in the UK for a period of three months when they arrive in the country (unless a deportation or exclusion order has been made against them in the past).

In other words, they will not have to apply for any kind of waiver or visa in advance of travel. They can either pass through the normal gates, where their passport will be examined, or the electronic gates for those with ePassports.

However, the explanatory note to the EU Exit Order states they will not be given “any notice” of the decision – so this presumably means no stamp in their passport. It is therefore entirely unclear to me how new arrivals will be aware of this three-month limit or what will happen to them if they remain beyond this time.

This part of the EU Exit Order will only take effect once the existing “EEA Regulations” are revoked – but this will presumably be in the case of a no-deal exit only. If we leave with a deal, then EU citizens will be able to continue arriving freely until 31 December 2020 as under current law.

The rest of the EU Exit Order is general housekeeping of the UK’s immigration laws, ensuring they cater for the unique position EEA and Swiss nationals will hold after Brexit.

In particular, it makes amendments to existing laws to allow for the following:-

In short, this EU Exit Order is a very important piece of legislation, without which a lot of government plans would collapse. It may not be of immediate interest to most people amidst the recent torrent of Brexit proposals (which I discussed here in a recent post). However, once implemented, its impact will be huge. 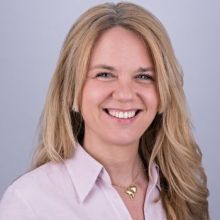 Karma is an Associate Solicitor in our Immigration department, where she undertakes work in a broad range of fields.

Chambers & Partners recommends Karma as an ‘Associate to Watch’ in its 2017 rankings, noting that she “stands out for her ability in complex international surrogacy and partnership cases.”

Karma qualified as a solicitor in 2012, after completing her training contract at Fisher Meredith, where she remained until its merger with Bishop & Sewell. She previously worked part-time at Birnberg Peirce’s immigration team while completing her legal studies, and holds an LLM in International Human Rights Law from the LSE. Before embarking on her legal career, Karma lived in Italy for many years, where she worked as a newswire journalist and translator.

Paloma Norambuena
The Great Reform to the Consumer Law: How Can It Affect Companies?