Home » Articles » Pragma SCRL » Financing In The Era Of Covid

Financing In The Era Of Covid

The Keynote Speech from our Virtual Congress 2020 with Rafael Klotz, Managing Director at Gordon Brothers.

Rafael Klotz is involved in all aspects of Gordon Brothers' business outside of North America, including deal structuring and execution, global expansion, and business development. He is also leading the development of the firm’s business in Latin America. Prior to moving to the international division, Mr. Klotz led the firm's Brand Division, and before that, he was involved in major transactions across all of Gordon Brothers' divisions. 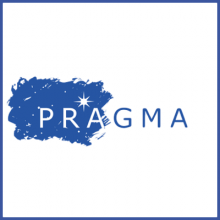 It resulted from the aspirations shared by four European law firms from France, Italy, Spain and Portugal.

Having worked together for over ten years, it was decided to set up Pragma to advise individuals and companies in the context of the increasing globalisation of business relations.

Pragma differs from many other law networks having only one law office or one law network per country.

Currently, Pragma has 48 law offices in 17 countries with a turnover of more than 100 million Euros.

Miguel Galán
Should I File For Bankruptcy After COVID-19?

Filipe Consciência
To Stay Or Not To Stay @Home

Daniel Rottenberg
E-Commerce and Industrial Real Estate: “Last Mile” Delivery and What Else You Should Know

Philip Rutter
The Myth of the Common-Law Spouse Continues