Fitness for Habitation: A Short Guide

What does it do?

The 2018 Act amends the current fitness for human habitation rules found in the 1985 Act, and implies into certain specific tenancy agreements a covenant by landlords that the dwelling:

Essentially, fit for human habitation means that a dwelling must be safe, healthy and free from things that could cause serious harm to a tenant.

Accordingly, landlords, and letting agents acting on their behalf, will now be required by law to ensure that a rented home is fit for human habitation from the beginning and throughout the duration of the tenancy. This obligation cannot be avoided or contracted out of by the landlords.

The obligations extend to the dwelling and, if the dwelling is part of a building (block of flats or bedsit in an HMO), the provisions apply to all parts of the building in which the landlord has an estate or interest.

What tenancies does the 2018 Act apply to?

Determining whether unfit for human habitation

In determining whether a house or dwelling is unfit for human habitation, the amended section 10 provides for an additional list of ‘Prescribed Hazards’ with reference to section 2 of the Housing Act 2004. This currently means the housing hazards identified in the Housing Health and Safety Rating System Guide (“the HHSRS Guide”).

The HHSRS Guide contains a prescribed list of 29 housing hazards that landlords must now consider and that tenants can now complain to a landlord about, along with further guidance about the best way for landlords to deal with hazards identified by them and/or notified to them by tenants. If a hazard is a serious and immediate risk to a tenant’s health and safety, it is known as a Category 1 hazard. If a hazard is less serious or urgent, this is known as a Category 2 hazard. The new Act encompasses both Category 1 and Category 2 hazards.

Therefore, in deciding whether a property is unfit, regard should be given to the old section 8 list of factors, but also to whether there is risk to the health and safety of the occupiers under the HHSRS Guide.

In the past, a landlord’s main obligations for repair of a rented property were set out in section 11 of the Housing Act 1985. This made it clear that landlords were only liable for things which are in ‘disrepair’ i.e. damaged or broken, which meant that landlords would be liable, for example, if the boiler was broken. But, if there was no heating in the rented property at all, section 11 would not be helpful as nothing would be in disrepair. However, and now under the 2018 Act, in similar circumstances landlords could be challenged by tenants of a property with no heating by reference to the prescribed hazard of excess cold.

Also, before the 2018 Act came into force, landlords would only be vulnerable to enforcement by the local authority if it was found that a rented property had a ‘Category 1’ hazard under the HHSRS Guide. Local authorities often failed to take any action or even inspect the property, and in such situations there was nothing tenants could really do about this. However, and under the 2018 Act, tenants can now take steps to enforce breaches of the HHSRS Guide by landlords themselves.

It is no longer acceptable for landlords only to act when tenants make a complaint. By virtue of the 2018 Act, a landlord’s rented property needs to be fit from the date that a tenant moves in (assuming this is after 20 March 2019).

The 2018 Act is part of the government’s overall drive to give tenants a meaningful remedy when their landlords fail to maintain acceptable standards in rented properties and serves to provide greater protection to tenants generally. 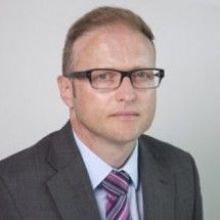 Lee qualified as a solicitor in October 2002. Prior to joining Bishop & Sewell, he was Partner at Rosling King LLP, a Senior Associate at SGH Martineau LLP and most recently a Partner and Head of the Dispute Resolution Department at Fisher Meredith LLP.

Lee’s main areas of expertise relate to him acting for regulated financial institutions, including banks, building societies and specialist lenders, on professional negligence claims against solicitors, valuers and surveyors, fraud claims, finance disputes, property disputes and disputed repossession claims. In addition, Lee also has extensive experience of dealing with a wide range of general commercial disputes for private individuals and business clients alike, including partnership disputes, director and shareholder disputes, a complex claim for adverse possession of land and contractual disputes. Lee has acted on claims at all stages of the civil litigation process, including defending an appeal in the Court of Appeal. Lee is also a strong advocate and regular user of the Alternative Dispute Resolution process, having been involved in numerous multi-party mediations, settlement meetings and expert determinations.

Lee is a member of the Professional Negligence Lawyers Association.