Healthcare-Associated Infections (HAI), also called nosocomial or hospital-acquired infections, occur when a patient contracts a disease, gets a virus, a bacteria, or other microorganism during his or her stay in a hospital or at any other health care institution which was not present or in incubation period prior to admission. Healthcare-Associated Infections can affect people in any type of environment where they receive health care, and may even appear after discharge from hospital.

It is an extremely dangerous "invisible enemy", much more than is commonly believed, as it is capable of causing serious health problems, such as increased resistance of microorganisms to antimicrobials, permanent disability and even death.

In addition, it is a problem that generates enormous additional costs for health systems as well as for patients and their families.

It is estimated that every year hundreds of millions of patients around the world are affected by HAI. The World Health Organization (WHO) estimates that between 5% and 10% of patients admitted to modern hospitals in the developed world contract one or more infections[1].

The figures are significantly more alarming in developing countries, with a risk of infection associated with health care two to twenty times higher than the one existing in the first world countries[4].

In Argentina, this is a problem that causes more deaths than traffic accidents or the use of firearms[5]. Between 5% and 15% of the patients in general rooms usually contract some type of hospital-acquired infection; a problem that gets much worse in intensive care units since there is where most surgeries are performed. The most alarming fact is that, in Argentina, 20% of those affected die[6].

The “funny” thing is that most HAI can be prevented. There are various measures of prevention and control of infections, such as hands hygiene, which are simple and effective, although they require greater responsibility and a change of behavior by the health staff.

In a recent study on the subject, the WHO has identified key solutions and improvement measures, including, among others: identifying the local determinants of HAI contracting; adopting national reporting and monitoring systems; guaranteeing the minimum economic resources to the health institutions for proper hygiene of hospital facilities; improving staff education and training; carrying out public awareness campaigns.

However, most countries do not have HAI monitoring systems, and those who have them are confronted with the complexity and lack of uniformity of criteria for diagnosing them.

However, contemporary law provides a variety of tools that can be used to achieve a significant reduction of the negative consequences that the problem posed entails.

Following this trend, the legal system has recently taken another turn, anticipating the need for reparation a damage through prevention: if we prevent the damage from occurring, no compensation will have to be paid.

The idea of ​​prevention within the “Law of Damages” appeared as a result of the awareness of the need for environmental care: the first antecedent emerged in Germany in the governmental program of environmental protection of 1971[7]; and it was then extended, in the following years, to International Law as a consequence of the global need created by the context of technological and industrial innovation and its evident impact on the environment.

During the following decades, these concepts were developed and perfected, spreading to other spheres of contemporary life, including, without a doubt, the protection of the Right to Health enshrined in the International Treaties and in the fundamental laws of the countries of the world.

In Argentine Law, the new Civil and Commercial Code was recently sanctioned, in which the preventive function of the Law of Damages[8]  was established. This institute is structured on the basis of two mainstays: On the one hand, the general duty not to harm and the consequent specific duty of everyone to take, in good faith and according to the circumstances, reasonable measures to avoid causing damage or to diminish its magnitude (article 1710). And on the other hand, a preventive action is designed under a single condition of reasonableness: the existence of an unlawful act – certain risk - that makes the production, continuation or aggravation of a damage foreseeable, without the need for a factor of accountability (article 1711).

As for locus standi, it is generally granted to all those who prove a reasonable interest in the occurrence of the damage (art. 1712), and the judge is given wide powers to take measures to enforce the preventive order (art. 1713).

In this line, the jurisdiction comes into action through the Substantive Inhibitory Protection (Tutela Sustancial Inhibitoria) and the judge is vested with powers to establish, whether in a definitive or provisional way, obligations to give, to do or not to do. The purpose of this Protection is to prevent damage from occurring through an order either to prevent it from being caused (in case of threat of injury), or to cease its continuation (if the activity has already started and is likely to be continued or repeated) . In this context, inhibiting is equal to prohibiting, suspending, hindering, stopping or paralyzing the triggering factor of a current or future injury.

From the above it is clear that there is a clear and imperative need to find the proper ways and mechanisms to solve a problem that exists and should not be neglected.

Furthermore, the Law provides the population and institutions with the tools and legal resources necessary to find the required solutions.

Therefore, through collective actions[9], individuals - such as potential patients or users of health services - may ask the Judge for innovative measures to urge healthcare operators, financiers of the public or private system, medical establishments, hospitals or health centers in particular, to provide adequate means to guarantee hygienic and asepsis conditions in medical establishments; to conduct awareness campaigns for the general public and training for medical and paramedical human resources; to modify their budgetary priorities to favor compliance with prevention controls and protocols; to allocate adequate funding for patient control prior to admission to medical establishments, whether scheduled or emergencies; to submit to the Superintendence of Health Services compulsory care manual, among other possible solutions.

In short, prevention of avoidable damages depends on taking effective awareness not only of the seriousness of the problems, but also of the existence of adequate means to solve them.

[5] According to VALIDAR, a recent project supported by several health institutions in the country, hospital-acquired infections cause 17,000 deaths and almost 100,000 infectious episodes a year in Argentina, that is, five times more than traffic accidents (3,699 casualties annually) and the use of firearms (1,922 casualties per year).

[6] Figures reported in 2004 by the International Nosocomial Infection Control Consortium (INICC), after a study conducted in 9 hospitals in Buenos Aires and Rosario.

[7] KLOEPFER, Michael, "Umweltrecht," p. 166 Munich, Beck, 1998, mentioned by ANDORNO, Roberto, “The principle of precaution: a new legal standard for the technological era”, LL, 2002-D, 1326, always oriented towards the preservation of the environment, which in short, was the subject that introduced the need, in the Western world, to think about these mechanisms.

[9] According to the doctrine of the Argentinian Supreme Court of Justice of the Nation (CSJN) 02/24/09, “Halabi, Ernesto c/ P.E.N. - ley 25.873 - dto. 1563/04 s/ amparo ley 16.986”, Rulings 332:111. Through this precedent, the Supreme Court admitted the locus standi of an individual who invoked homogeneous individual interests, thus allowing the progress of collective actions. 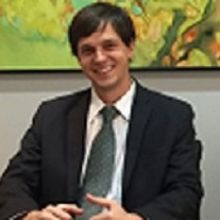 Lawyer graduated from the Faculty of Law and Social Sciences of the University of Buenos Aires, 2008.
He has a Master in Civil Heritage Law from the Catholic University of Argentina, 2016.
Member of the Public Bar Association of the Federal Capital.