How Do Pre-nuptial Agreements Work?

If you are getting married in the near future, your preparations may include obtaining advice on whether a pre-nuptial agreement (pre-nup) is advisable.

What is a pre-nup?

The agreement should be reviewed if there is a significant change in circumstances, such as the birth of a child.

Reasons for entering into a pre-nup

Couples may wish to have more clarity and certainty on what may happen if they decide to separate or divorce in the future. In situations where one party comes from a wealthy family and is likely to acquire significant family wealth during the marriage, their family may suggest that a pre-nup will provide protection in relation to dynastic wealth.

Divorces can be acrimonious and having certainty as to what is to occur in the event of a divorce or a permanent separation may reduce acrimony. It also avoids the need to incur expensive legal costs and avoids potentially lengthy contested litigation before the courts as what each party gets or retains is clearly spelt out in the agreement.

No one enters into such an agreement expecting their marriage to fail but it is akin to an insurance policy and should the unthinkable happen, everyone knows where they stand.

Although there is an initial outlay, the cost saving can be immense.

These agreements are not binding. The parties to a pre-nup cannot override the court’s broad discretion to decide how to redistribute their assets and income on an application for financial remedy on divorce. However the court has decided that they will uphold such agreements as long as they are fair. It may be that a nuptial agreement is given decisive weight. This will depend on the circumstances of the case, the way it has been drafted and prepared as well as what it provides. This is why specialist legal advice is essential for anyone considering entering into such an agreement.

I would always encourage anyone considering a prenuptial agreement to first raise it with their future spouse or civil partner. They are agreements after all and will not get off the ground if the other party steadfastly refuses to enter into one. Although each party to the agreement will require separate legal representation, I also suggest that one party should at least arrange to have a brief conversation with a specialist family solicitor at least two months before their planned marriage date. This should allow sufficient time to prepare and finalise a pre-nup if appropriate.

It is recommended that the agreement should be signed no less than 28 days before the marriage. The couple will also need to provide disclosure of their financial circumstances to each other. The costs will depend on the complexity of the couple’s financial situation and each party’s solicitor should be able to provide an estimate of the likely costs at the end of their initial discussion. 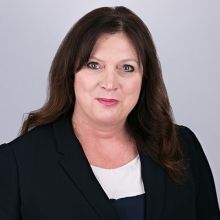 Louise is a partner in our Family Team and a solicitor specialising in all aspects of family law, with a particular emphasis on complex financial matters, including those involving business assets and those with an international element.

She is dual qualified in England and in South Africa. Although she now practices solely in England, she deals with many cases which have a South African connection.  She has  been called upon to assist as an expert witness on English divorce law in the High Court of South Africa.

Mallory Beberman
Vitamin D and Retail: But Not Without Due Diligence First