Home » Articles » Elisenda Farrés Cid » How To Obtain Financing If My Company Has Been Affected By COVID-19?

How To Obtain Financing If My Company Has Been Affected By COVID-19?

As we already explained in a previous article (Should I File For Bankruptucy After COVID-19?), Royal Decree-Law 8/2020, of March 17 (hereinafter, "Royal Decree-Law 8/2020") on extraordinary urgent measures to deal with the economic and social impact of COVID-19, set a series of measures to preserve normal financing flows and levels of working capital and liquidity in order to enable companies and freelancers to continue paying employees’ salaries and suppliers’ invoices and so maintain the economic activity.

Therefore, as we explained in the aforementioned article, financing alternatives provided for in Royal Decree-Law 8/2020, can be a tool for companies and freelancers in our country to obtain cash in order not to become insolvent.

Specifically, Royal Decree-Law 8/2020 provides, on the one hand, (i) a guarantee line of up to 100,000 million euros to be granted by the Spanish Ministry of Economic Affairs and Digital Transformation in order to cover the financing granted by financial institutions to companies and freelancers; and, on the other hand, (ii) an increase of 10,000 million euros of the net debt limit established for the Official Credit Institute (hereinafter, the “ICO”) under the State Budget Act.

The first measure provided for Article 29 of Royal Decree-Law 8/2020 establishes that the Council of Ministers shall determine the applicable conditions and requirements to be met.

On March 25, 2020, the Spanish Secretariat of State for Economy and Business Support approved a resolution (hereinafter referred to as  “1st Tranche Resolution”), containing the agreement of the Spanish Council of Ministers dated March 24, 2020, which sets the terms of the first tranche of the ICO’s guarantee line for companies and freelancers to mitigate the economic impact of COVID-19.

The purpose of this first tranche is to cover new loans and other forms of financing and refinancing granted by financial institutions to companies and freelancers to meet their cash needs, such as, for example, the payment of wages, the rent of their premises, or the bills of their suppliers.

Individuals or companies interested in this guarantee line must contact any of the credit institutions, financial institutions, payment institutions or electronic money institutions that have singed the framework agreement with the ICO to participate in the guarantee line. In this sense, the ICO has made a separate distribution of the aforementioned sub-tranches, which have been distributed among each institution based on their market share at the end of 2019.

Likewise, those amounts of guarantees assigned and not used by the institutions until April 30 will be proportionally distributed among the rest of the operators who have exhausted their lines.

The ultimate decision on the granting of financing to a certain company or freelancer will correspond to the financial institution in question which will make the decision according to its internal and political procedures for granting and risk assessment. All the above shall apply from March 18, 2020 to September 30, 2020. However, this term may be extended if the Council of Ministers so decides.

Pursuant to 1st Tranche Resolution, new loans and other financing schemes as well as refinancing granted to freelancers and companies in all sectors of activity may be guaranteed as long as they meet the following requirements: (i) Their registered office is located in Spain; (ii) They have suffered the economic impact of COVID-19; (iii) The loans and transactions subject to guarantee have been entered into or refinanced after March 17, 2020; (iv) They did not qualify as non-performing, according to the files of the Bank of Spain, as of 31 December 2019; (iv) They have not filed for bankruptcy ; and finally (v) They were not in difficulty as of December 31, 2019, according to the provisions of the Commission Regulation (EU) No. 651/2014 of June 17 (under said UE Regulation being “in difficulty” means that at least one of the following circumstances occurs: (a) In the case of a limited liability company, other than an SME, where more than half of its subscribed share capital has disappeared as a result of accumulated losses; (b) In the case of a company where at least some members have unlimited liability for the debt of the company, other than an SME, where more than half of its capital as shown in the company accounts has disappeared as a result of accumulated losses; (c) Where the borrower  has received rescue aid and has not yet reimbursed the loan or terminated the guarantee or has received restructuring aid and is still subject to a restructuring plan; and (d) In the case of a company that is not an SME, where, for the past two years: (1) the book debt to equity ratio has been greater than 7,5 and (2) the  EBITDA interest coverage ratio has been below 1,0).

It must be noted that this guarantee line cannot be used to finance neither debt consolidation or debt restructuring, nor the payoff or early repayment of existing debts. Besides, guarantees only cover the principal of the transaction, that is, they do not apply to the payment of interest or fees.

Finally, regarding the granting of the guarantee line, it must be noted that financial institutions may not make the approval of these loans conditional on the acquisition by the client of some other service or product. Moreover, financial institutions must undertake to maintain, at least until September 30, 2020, the limits of working capital lines of credit granted to all their clients, and in particular, to those whose loans are guaranteed.

Later, on April 10, another Resolution of the Spanish Council of Ministers’ Agreement (hereinafter referred to as “2nd Tranche Resolution”) was published stating that the ICO was instructed to activate the second tranche of the guarantee line approved by Royal Decree-Law 8/2020. This time the beneficiaries of this second tranche will be the SMEs and freelancers affected by the economic consequences of COVID-19. The amount of this second tranche was also 20,000 million euros, but in this case, the whole amount will be contributed for refinancing and new loans granted to freelancers and SMEs. As set forth before, the guarantee line may be requested to the financial institutions that have signed the framework agreement with the ICO referred to above.

The second measure adopted under Article 30 of Royal Decree-Law 8/2020 which sets an increase of 10,000 million euros of the net debt limit established for the ICO under the State Budget Act, will also be implemented with the intermediation of financial institutions through the ICO’s credit lines.

ICO’s lines are lines of credit through which the ICO provides funds with the intermediation of credit institutions to finance businesses’ activity in the short, medium or long term, for any type of investment and under competitive conditions.

Therefore, also in this context, credit institutions play a fundamental role since they carry out the analysis of the transaction, determine the guarantees required and decide on the approval of financing.

So, in order to access these lines of credit, we must also go to the credit institutions that collaborate with the ICO which must approve the transaction, and with the funds that the ICO provides to them, they will enter into the relevant agreement with the client.

As stated above, these two extraordinary measures taken by the Spanish government are intended to solve the liquidity problems of Spanish companies and freelancers due to the COVID-19 crisis. Said measures are extremely important in the current context where not a few companies and freelancers are short of cash which hinders their ability to meet their most immediate liabilities and may lead them to a situation of insolvency. In order to avoid this situation, a detailed analysis of the company carried out with the assistance of a bankruptcy and debt restructuring specialist is necessary for us to be able to draft a roadmap that will help us face liquidity problems and thus avoid insolvency. 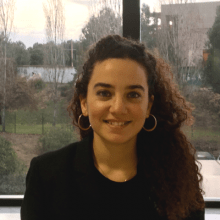 Elisenda is graduate in Law and Business Administration from the Autonomous University of Barcelona. Likewise, she has studied the Double Master's degree in International Business Law and Spanish Legal Practice at ESADE Law School.

Salvador Balcells i Iranzo
Analysis of Royal Decree-Law 1/2017, of Urgent Measures of Consumer Protection in Terms of Soil Clauses

David J. Rabinowitz
When in Rome: Our Take on the ICSC OAC (Open Air Summit)