Goulston showed up in force. David Rabinowitz returned as the Law Conference’s immediate past chair, and Melissa Rivers, in addition to pinch hitting on a lease guaranty seminar, took a seat on the Law Committee. That seat remains with Goulston, formerly and proudly occupied by Nancy Davids. Derek Domian kicked off the Law Conference’s workshop programming with a presentation on the pitfalls of seemingly innocuous boilerplate, a presentation slightly more riveting than the boilerplate covered. In separate sessions, Jennifer Jones and Vanessa Moody whipped into shape leasing professionals of all ages and stages in “leasing bootcamps” on retail leasing basics. Suzanne Villee led a roundtable on the clause that audiences cannot get enough of these days, force majeure. Ron Nelson and Maura Brancaccio made their Law Conference debuts by leading roundtable discussions, respectively, on “CAM I Bill You for That,” an expert discussion on exclusions from CAM reimbursements, and “High Crime – Cost and Risk Allocation,” a conversation on addressing the implementation of additional security measures in areas with increased crime, the highest offense committed by those who missed the roundtable.

Goulston’s presence was enhanced by Mark Jackson, a crowd favorite at every event he attended. Goulston’s reputation was slightly dented by David’s performance at the billiards table against Costco’s Alice Truong. But the dinner organized by Goulston (thank you Aitana Hue!) more than made up for it, with more than 50 friends and guests of the firm in attendance.

In the immediate aftermath of the Law Conference, David and Vanessa met with the general counsel’s office of a prospective shopping owner/developer client.

The Law Conference remains a fabulously attended event that brings together many of the key players in an industry significant to Goulston’s practice and reputation. Goulston remains a proud and visible participant, proven by the 52 Annual Law Conference. 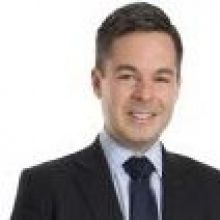 Business disputes, professional malpractice and disciplinary matters, and land use, title, condominium, and other complex real estate disputes are the core of Derek Domian's civil litigation practice. As Counsel in the firm's Litigation group, Derek regularly representing clients in state and federal courts, as well as before arbitrators and mediators.

Filipe Consciência
The End Of A Rotten Golden Age On TV

José Olbrich
Modifications to the Labor Code in Chile

Rachel Waller
Japanese Knotweed – what is the legal position?