Home » Articles » Aline Arbesú » Is It Profitable to Be a Socially Responsible Company?

Is It Profitable to Be a Socially Responsible Company?

The phrase "Clients do not come first. The employees come first. If you take care of them, they will take care of your customers ", attributed to Richard Branson, is the purest example of what a socially responsible company should reflect and win by the fact of being. On October 23, 2018, the Official Mexican Standard "Factors of Psychosocial Risk in the Workplace" was published in the Official Gazette of the Federation. Identification, analysis and prevention ", whose objective is" to establish the elements to identify, analyze and prevent psychosocial risk factors, as well as to promote a favorable organizational environment in the work centers ".

It is an Official Standard and we should not be unaware of the fact that in the reforms to the Federal Labor Law, the Official Rules were integrated as part of the regulations on the matter that all employers must comply with. This also means that there are several Official Rules in addition to be considered and it should be noted that non-compliance due to lack of knowledge (since we always forget the maxim that "ignorance of the law does not exempt compliance"), generates a problem of massive fines , some for high amounts which range from 25 to 5000 days of SMGV and that can be imposed by the omission in the fulfillment of each obligation or by each affected worker (which enormously potentializes the amount of the same). And then of course, we already know that once the fine arrives, we will have to pay for the legal advice that defends us, without having a positive result, which will undeniably lead us to meditate that there is no better action than prevention. All this, it's expensive.

And is that the employer simply does not hear these issues but read it in a magazine, but has the discipline to be informed about it or if you do not have the respective advice of an office that generates a monthly newsletter with these issues. However, the solution to the lack may not be simple in principle because you have to invest in the business and traditionally, we do not invest in aspects of the company that are not eminently productive. If the added value is not directly reflected in the profit margin, you can wait ... until the fine arrives, of course.
We leave aside the fact that it is not only about avoiding the penalty, but also about generating strategies that also contribute to increasing the company's profitability. The idea is to take advantage of the free publicity provided by one of the major topics of current interest: social and ecological responsibility. It is both a topic of relevance and relevance, that there is already an Official Standard that confirms it!

Very hand in hand with previous articles related to the topic of Corporate Governance and Compliance, because it considers it essential to generate policies that integrate society and government: the latter will be the one that establishes the legal frameworks and the tax benefits that allow the implementation of these policies.

Certainly, the benefits in fiscal matters are much more definitive (and disappointingly but understandably) in relation to the environment, where we can find incentives such as:

These benefits of extra fiscal nature, although insufficient for the real needs of the state that keeps the ecosystem, are at least some initiatives, more or less interesting. Where the vision is still very short is in the social aspect, because it is not much what is now done fiscally as a benefit, but "not sanction", that is, motivates compliance not for the positive aspect and economic growth but to avoid further damage. So far, at the federal level, only through foundations to which companies make donations is an incentive.

However, even in this sense, social actions are still positive because of their indirect benefits. Thus, in addition to the environmental aspect that the company may or may not have as a budget, the following aspects undeniably have an indirect benefit that is observed both in the short and long term:

a) The care of the labor rights of employees, who see their interests aligned with those of the company, maintains an adequate working environment, promotes productivity and minimizes the risk of labor lawsuits or awards against, minor associated legal expenses;
b) Ethical attention to the consumer, which increases the positive positioning of our brand or product and reduces the contingency of commercial lawsuits or complaints before the Federal Consumer Protection Agency, minor associated legal expenses;
c) Relationship with law and ethics with suppliers and service providers, with clear contracts and adequate commercial conditions, which maintains fluid negotiations, favorable credit conditions and productive growth for both parties and, of course, minor associated legal expenses;

Corporate Social Responsibility is part of ISO 26000 and although it is a non-mandatory compliance standard, it is supported by the Mexican Guideline on Social Responsibility of June 19, 2012, which is well worth knowing, so that We can later, opt for a certification that endorses the efforts of our company to engage socially.

And since every company is a business with which shareholders want to make a profit, it is always important that the profit factor is not left aside. Possibly some business benefits to employees such as groceries or gasoline have a favorable marginal impact fiscally, but indirectly a worker is more committed to a company that gives you additional benefits than those that do not. It is a matter of psychological well-being. Every employee will prefer to work and take care of a source of work certified in some way, to one in the same sector that is not.

Financial institutions, as I have established in other participations, give preference to companies that have certifications, compliance manuals, etc. Better financing conditions, more lines of credit, greater amounts credited ... are they not benefits?

However, the greatest benefit should undoubtedly be that these investments, properly planned and executed, have a favorable impact on the company, regardless of size or size. When the business is focused on the person who makes it produce, the results are obvious. Contingencies and legal risks are minimized and the company can maintain healthy operating flows, so at least for these only reasons it is possible to say yes (stressed), it is profitable to be a socially responsible company. 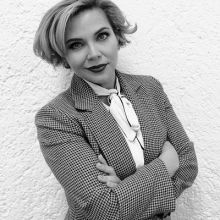 Mrs. Arbesú has almost two decades of legal experience in advising in corporate matters, to either national and international companies, with broad experience in mergers and acquisition, legal framework and incorporations, as well as tax related issues, administrative law, corporate compliance, prevention of fraud, etc.

She also has experience dealing with IT matters, licensing, software development and implemmentation, franchising and commercial endeavors.

Filipe Consciência
To Stay Or Not To Stay @Home

Victor Bescós
Dismissal with Video Surveillance as Supporting Evidence, Has it Changed Case-law?