The ABA Private Target Mergers & Acquisitions Deal Points Study is published on a bi-annual basis. The 2021 Deal Points Study (the “Study”) analyzed 123 publicly available purchase agreements executed and closed in 2020 and the first quarter of 2021.

The Study looks at several areas of negotiation, including financial terms, representations and warranties, covenants, closing conditions, and indemnification related provisions. The breadth of the analysis is one reason the ABA report is so useful to practitioners. The ability to look at one report, and know that other attorneys are also looking at the same facts and figures, has led to the Study becoming widely regarded as the best source for what terms are currently considered market.

Which terms of a purchase agreement are “market” evolve and move with the economy and other circumstances. This constant evolution is why the ABA aims to produce the study on a bi-annual basis. This regularity ensures that the latest market data is reflected and allows attorneys to map trends in the market over time.

Goulston & Storrs has identified several key trends of note in the most recent Study. The most significant changes we have identified are briefly described below.

2. Representation and Warranty Insurance (RWI). There has been a market wide trend towards obtaining RWI. The Study shows that 65% of the 2021 deals included references to RWI. This is up significantly from 29% in 2017. Additionally, of the 65% of purchase agreements with references to RWI, 51% of the deals include an express requirement for the buyer to bind RWI at signing, as compared to 42% (of 29%) in 2017. Also, while the Study does not break this down by deal size, we note that 14.6% of the deals included in the study were for a transaction value between $30 and $50 million, a deal size range where RWI, while increasingly seen, is not currently utilized as frequently as in larger-sized transactions. Therefore, we would expect that if this subset of transactions was excluded, the percentage of deals with RWI would be even higher.

3. Indemnity Caps and Escrows Continue to Decline Since 2008 as a Percentage of TEV, Driven Largely by RWI. It is common for the sellers in a deal to cap their indemnification liabilities for breaches of general representations and warranties. In 2021, 99% of the deals included such a cap. The central negotiation around this point is what amount is appropriate for the cap. The median indemnity cap (as a percentage of total enterprise value (TEV)) has decreased from about 11% of TEV in 2008 to 2% of TEV in 2021. This is largely a result of the increase in RWI, which provides buyers an alternative source of recovery for breaches of general representations and warranties.

4. Definition of MAE. Representation and warranties in purchase agreements are often qualified by a reference to Material Adverse Effect (MAE). The Study shows that MAE qualifiers appeared in 99% of the deals. Qualifying a representation and warranty by MAE generally means that a breach won’t be triggered unless an MAE is also present (a relatively high threshold). Given its significance, the definition of MAE tends to be heavily negotiated. According to the Study, 73% of the deals include impairment of a target’s ability to consummate the transaction as an MAE; a steady increase from 50% in 2008 to 61% in 2017 to 73% in 2021. On the other hand, the Study shows a trend away from including the impact on the target’s prospects as an MAE, with this appearing in just 7% of deals in 2021; this is down from 38% in 2008.

6. 10b-5 Representation. In addition to the specific representations and warranties provided by sellers in a purchase agreement, buyers will sometimes request a general representation and warranty from the sellers that none of the representations and warranties contain any untrue statement of a material fact or omit a material fact necessary to make each statement contained herein or therein, in light of the circumstances in which they were made, not misleading. This is typically referred to a “10b-5 rep” in reference to the Securities and Exchange Commission’s Rule 10b-5. However, sellers are generally very resistant to make such a broad statement and the inclusion of a 10b-5 rep appears to be falling out of use. The Study shows that 10b-5 reps were not included in 93% of deals (up significantly from 10b-5 reps not being included in 32% of deals in 2008). This represents a meaningful shift in M&A practice with respect to 10b-5 reps.

8. Materiality Scrapes. Buyers will often negotiate to include a “materiality scrape” in the indemnification section, to negate the impact of the materiality qualifiers in the seller’s representation and warranties for determining damages, determining breach or both. In 2021 materiality scrapes were seen in 92% of deals (as opposed to 14% in 2004). The “single materiality scrape compromise” (where materiality is disregarded for loss calculation but not breach determination) is increasingly rare and has become largely out of favor in practice (now only seen in 12% of deals; down from a high of 66% in 2010).

9. Damage Mitigation Provisions. A seller may request a provision in the indemnification section of the purchase agreement requiring to the buyer take actions to mitigate the damages in connection with an indemnifiable loss. The inclusion of damage mitigation provisions in indemnity structures which expressly require the buyer to mitigate losses has increased significantly — from 22% in 2006 to 56% in 2021 (though down slightly from a high of 60% in 2019). We see these mitigation covenants often limited to those mitigation actions which are otherwise legally required.

Each of the foregoing key takeaways from the Study reflect trends in the markets that have developed over the past several years due to particular demands and changes in the overall global economy and the M&A industry. We will look at the reasons and effects of these developments in more depth in a series of short, focused articles treating each of these topics in turn over the next several weeks and months. 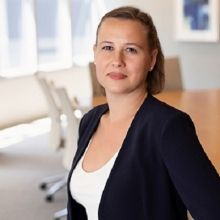 Allison Sherrier is a Corporate associate in the firm’s New York office. She represents public and private companies in business unit divestitures, acquisitions, and corporate restructuring transactions.  In addition, Allison has significant experience advising clients regarding the formation of private equity funds and on general corporate governance matters.

Prior to joining Goulston & Storrs, Allison worked for a large international firm and spent a year seconded with Pfizer, where she assisted the internal legal team with global restructuring work and divestitures.

Maurizio Bottoni
Where Does Pilots Resident in Italy Should Pay Taxes?

Zeljko Vlacic
The Rulebook for Provision of Catering Services in Apartments, Holiday Houses and Rent Rooms Entered into Force

Mandeep Johal
Is the EU Being Put at Risk by Its Member States?