The financial-market development as well as user preferences to obtain more efficient, faster and simpler services, have created a favourable environment for innovation in this sector in the form of alternative business models based on the digitalization of financial services. It further has contributed to the emergence of financial technology companies (FinTech), along with application of advanced analytics technologies, Blockchain Technology, Internet of Things (IoT), Artificial Intelligence (Al), Robotic Process Automation (RPA), and these companies have already positioned themselves in the market, disrupted the concept of traditional business and have assumed their position in the financial world with the offer of more economical, mobile and simpler services.

Given that digitalization is implemented in all aspects of business, it is logical to raise a question whether new technologies can be applied in the legal world (LegalTech), i.e. whether the importance of LegalTech can be or at least tends to be at the same level as the importance of FinTech is in the financial world.

Although the essence of law and the legal profession has not changed significantly for hundreds of years, the emergence of innovative technologies made a path for a profound reform of the legal profession, including drafting, processing and signing contracts, then analysing legal documents, as well as of all segments of corporate, criminal and other areas of law. Automation in the provision of these services will surely result in more expeditious and cost-effective results, but it is not yet clear to what extent the application of technology will be possible in the legal world. So far, artificial intelligence, software solutions with set algorithms, platforms, various applications, as well as all further digitalization and automation of legal services can be put in the context of collecting legal practice, processing and managing billed hours, drafting and analysing contracts, making offers, chat bots for legal advice, even the provision of consulting services in all areas of law, but still remains a part of legal practice that cannot be achieved through digitalization, such as the art of negotiations with/for the client, as well as the client-lawyer relationship that is primarily relationship based on trust. There are certain standard legal mechanisms that simply raise doubts as to whether the use of algorithmic software can secure the right to a fair trial, or whether it can be a satisfying regulator of court decisions.

Despite our dilemmas, the fact is that LegalTech has already found widespread use, and while FinTech is still culminating in development and application, LegalTech is definitely in exponential development phase especially in countries with a considerable number of start-ups, such as the USA or Spain.

One of the outstanding examples of the use of LegalTech is the Mexican Federal Court of Justice, which established a system for managing information technology through an online trial, thus speeding up the procedure itself and therefore became the first of those who is facilitating an online trial. Likewise, an example of technology application is the US platform Wevorce.com, which offers online 5-step divorce services with significantly less attorney fees. By signing up to the platform, you obtain all the necessary forms, advices and the one can even go through the mediation process. In addition, some platforms such as IPNexus provide intellectual property rights protection in an automated, with software whose algorithms can determine the type of intellectual property and implement the proper protection procedure.

The direction in which LegalTech will continue to evolve will certainly raise new questions regarding cybersecurity risks, responsibilities for services provided, data privacy, as well as the regulation itself but also the need to create a controlled and structured environment that would enable use of all the benefits of LegalTech in its full capacity. This is why a parallel development of regulatory technology (RegTech) is required. It is a combination of regulations and technology, which ensure regulatory monitoring, reporting and compliance.

Unlike FinTech, which confronts no other ethical dilemmas but with regulations and regulators, LegalTech nevertheless raises certain doubts and defies the way legal services are rendered so far, mostly because technology is not ethically determined but determines one’s attitude towards it. That is why we need to get the best out of all these technologies, automate repetitive jobs, facilitate use of new technologies in judiciary, since LegalTech will, to a greater or lesser extent, change the paradigm of legal practice and redefine the definition of lawyers and attorneys.

LegalTech is something that the legal profession should not retreat from because as long as the focus is on the client, all these innovations should be used to improve services in terms of efficiency and speed. The legal profession has faced a number of challenges so far, and this is precisely the one that should be used to its advantage because LegalTech, will not distance us from clients regardless the way it seems so but, on the contrary, it will make us just a click away from the client. 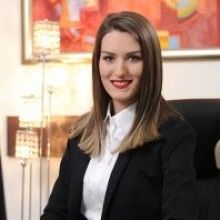 Aleksandar Sajic
The Rights of Third Parties in Respect of Securities