Methods for Avoiding Disputes in the Case of Business Succession

Legal disputes in connection with business successions are on the increase. This applies in particular to disputes under inheritance law, company law and tax law. Disputes in connection with a business succession cost the parties involved a lot of time, money and energy due to their complexity and considerable economic importance. At the personal level, they also harbour a considerably increased potential for stress and conflict for those involved, especially if the business succession was arranged within the family. The company itself is also usually affected by the disputes. At best, the disputes only cripple the economic development of the company. In the worst case, however, they also put the company itself at risk, even to the point of going out of business. The avoidance of disputes in the context of business successions is therefore of considerable importance in the planning and structuring of such successions.

Typical process of a business succession

A “planned business succession” typically consists of three phases, namely the preparation, negotiation and implementation of the business succession. In the first phase of preparation, the fundamental decision is made regarding the potential transfer of the business. This is accompanied by a business valuation and an asset inventory. The goals, risks and expectations of the business owner with regard to the planned business succession and the possible successor are determined and prioritised. Already at this stage, tax and legal alternatives for action and design should be identified on the merits of the case in order to achieve these goals, and included in the further planning and decision-making process. In the negotiation phase with the potential successor, the preferred structure of the business succession and the associated contractual arrangements are negotiated and decided, taking into account their economic, legal and tax consequences for the parties involved. Parallel to this, financing options for paying the purchase price are being examined. At the end of the negotiation phase, the succession contract is concluded. The implementation phase includes the introduction of the successor within the company and to contractual partners, as well as payment of the purchase price.

An “unplanned business succession”, e.g. due to serious illness or death of the business owner, significantly increases the risk to the business, as well as the risk of disputes. There is limited legal, fiscal and economic freedom to adapt the structure of the process. Many parameters are already fixed and cannot retroactively be changed. This applies in particular to fiscal structuring. In the worst case scenario, the company is left without management and without an option of quickly taking countermeasures via the shareholder position. The emotional strain and pressure on those involved is particularly high in such an emergency situation. Ultimately, unplanned business succession carries a higher risk of error in the structuring and implementation of the business succession due to the associated time pressure. 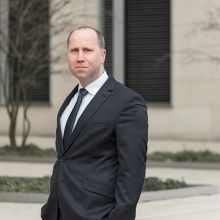 Uwe Müllner specializes in legal services for complex court and arbitration matters in the fields of commercial and corporate law.

He regularly represents companies, their corporate bodies and shareholders in management/ shareholder disputes and in D&O liability cases.

He also has vast experience in arbitration and court matters in commercial, banking and capital market law. He also focuses on representing professionals in recourse proceedings.

Uwe Müllner advises companies and their shareholders in all corporate law matters, such as M&A transactions, corporate restructuring and corporate succession.

Another focal point of his consulting services comprises the drafting and negotiating of contracts and agreements in the fields of commercial and distribution law.

Due to his experience in the field of conflict resolution, Uwe Müllner also represents natural persons in inheritance disputes, in particular at the interface to corporate law.

In addition, Uwe Müllner is a certified Compliance Officer and Business Coach.

Thuy-Dien Bui
Class Action Lawsuits on the Rise under New Jersey’s Consumer Protection Laws – Which Retailers Will Be Targeted Next?