The recent judgment of the Spanish Supreme Court, dated February 27, has changed the interpretation of the remuneration system of the management body under the Spanish Corporations Act (Ley de Sociedades de Capital). This new interpretation contradicts the one applied by several Spanish Courts of Appeal and in the case-law established by the Directorate General of Registries and Notaries from the last reform operated by Law 31/2014, of December 3.

The change introduced by said judgment especially affects companies governed  by collegial management bodies where certain executive powers may be delegated to one or more chief executive officer(s) or managing director(s).

According to the interpretation of the Courts of Appeal and the case-law of the Directorate General of Registries and Notaries, there are two different remuneration systems for Directors. The justification for this differentiation, which would only apply to companies managed by a collegial management body (i.e. Board of Directors) would be the distinction between the inherent duties of the Directors of a corporation (that is, deliberative, strategic and control duties) and the executive duties.

These inherent duties, whose remuneration (if any) must be stated in the Articles of Incorporation according to Art. 217.2 of the Spanish Corporations Act, contrast with the executive duty that the Board of Directors may delegate to one or more managing director(s) and whose remuneration must be regulated under a contract between the company and said managing director to be approved by the qualified majority of the Board of Directors.

The Supreme Court’s recent judgment rejects this interpretation and the distinction between different types of duties that seems to justify a disparate remuneration system. On the contrary, the Court rules that Art. 217 of the Spanish Corporations Act ("remuneration of the Directors") regulates all the remunerations of the Directors regardless of the functions or duties by virtue of which such remuneration is paid provided that said remuneration is granted for holding the post of Director. In this sense, the judgment of Supreme Court reminds that in Spain the corporate governance system is  a “one-tier” system, which means that there are no separate bodies that operate independently undertaking separate functions (supervisory duties on the one hand and executive and representation duties on the other hand). Instead, in Spain, all those duties are inherent in and performed by the same corporate body, that is, the Board of Directors. Therefore, every remuneration of the Directors must compulsorily appear in the Articles of Incorporation.

Furthermore, the judgment points out that Article 217 defines the different forms of remuneration for Directors and some of them are precisely those usually applied to Chief Executive Officers or Managing Directors (profit sharing, variable remuneration on the basis of general reference indicators and parameters, remuneration in the form of shares or linked to movements in the share price, compensation for termination and savings and welfare systems). Therefore, asserting that Article 217 only regulates the remuneration of Non-Executive Directors is a contradiction per se.

Finally, the Supreme Court refers to the explanatory statement of Law 31/2014, including the achievement of  greater transparency in the remuneration policies of the Directors; thus reinforcing the role of the General Meeting of Shareholders. The interpretation of the Courts of Appeal and the case-law of the  Directorate General of Registries and Notaries, would prevent the attainment of this objective, since it allows the existence of a system of parallel remunerations for managing directors which would be beyond the control of the Shareholders’ General Meeting and to the total discretion of the Board of Directors.

Therefore, the remuneration system of the management body must be regulated respecting the following three levels:

As a result of this important change in the interpretation of the regulation of the remuneration system for Directors, our advice for the companies that may be concerned is for them to approach their trusted law firm to review, on an ad hoc basis, their remuneration systems and see if they comply with the requirements resulting from the Supreme Court judgement. 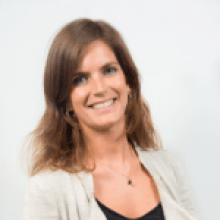 "I pride myself on being able to study all cases in depth by analysing every solution with the client, so as to act in the most effective and efficient way to reach it. My goal is becoming an international commercial lawyer; through the exercise of my profession I would like to understand the global functioning of society, both from an economic and human point of view”.

Sanja Djukic
Does the Death of a Company Director/Founder Mean "the Death" of the Company?