On December 22, 2022, the Official State Gazette published Law 28/2022, of December 21, for the promotion of the ecosystem of emerging companies, better known as the Startups Law (hereinafter, "Law" or "Law of Startups"). This regulation aims to facilitate startups' access to financial resources, promote innovation and encourage job creation.

The scope of application of this Law is focused on the so-called "emerging companies", which the regulations define as a company that simultaneously meets the following characteristics:

The Empresa Nacional de Innovación, S.M.E., SA (ENISA) will be the entity in charge of evaluating the status of emerging company and verifying that the aforementioned requirements are met. The evaluation procedure will be resolved within three months from your request, operating positive silence in case of lack of express resolution. However, said period will be suspended when the interested party is required to correct the deficiencies of his application or provide the necessary documents to issue the resolution.

Once the status of emerging company has been favorably evaluated, it may be registered in the Mercantile Registry, which will be a necessary and sufficient condition to be able to benefit from the benefits and specialties of the Law.

In corporate matters, one of the main novelties of the Startups Law is the possibility that the general meeting of a limited liability company, provided that it is accredited as a start-up company, authorizes the acquisition of its own shares to allocate them to incentive plans for administrators, employees or other collaborators of the company. However, the Law limits the constitution of treasury stock to the following requirements:

Likewise, emerging companies, during the first three years from their constitution, will not incur a cause of dissolution for losses that reduce their net worth to an amount less than half of the share capital, provided that it is not appropriate to request the declaration of bankruptcy. .

Finally, the Startup Law also establishes greater registration agility in the incorporation of companies and lower costs in notary and registry fees. In this sense, the term for the registration of emerging companies and all their corporate acts will be five business days, compared to the general term of fifteen business days for other companies, and, in the case that standard bylaws are used, the The registrar will proceed with the qualification and registration within the period of six business hours following the telematic reception of the deed. In addition, partner agreements in emerging companies in the form of a limited company will be registrable and will enjoy registry publicity, as well as statutory clauses that include an accessory provision to sign the provisions of partner agreements in emerging companies. In relation to notarial and registration fees, the Law provides for a special reduced cost in the event that entrepreneurs use the standard statutes and exemption from payment of registration fees that must be published in the BORME.

Regarding foreign investment, the Startup Law also establishes the reduction of bureaucratic requirements for investors who are not going to reside in Spain.

Thus, natural persons who do not have Spanish nationality, who are not resident in Spain and who wish to invest in Spanish start-up companies, will only have to request a tax identification number (NIF) and will not be required to obtain a foreigner identity number ( NIE). In the case of legal persons or entities without legal personality of foreign nationality, the representative who requests the company's tax identification number on their behalf must be assigned a tax identification number. Your power of representation may be recorded in a notarial document or in a mandate contract with representation, in which the acceptance of fiscal representation is expressly stated. If the notarial document has been issued by a foreign notary, it will not be necessary to adapt its content to the Spanish legal system.

Likewise, the Law, through amendments to the legislation on entrepreneurship, facilitates the entry and permanence in Spain of investors, entrepreneurs, highly qualified professionals and researchers, providing a residence authorization for business activity valid for the entire national territory with a validity of three years, compared to the two years that, until now, the regulations contemplated. Once this period has expired, the renewal of the residence authorization may be requested for two years, being able to obtain permanent residence after five years.

Regarding the IS, the Law provides that emerging companies pay tax at a rate of 15%, compared to the general rate of 25%, in the first tax period in which, having said condition, the tax base is positive, as well as in the following three, as long as they maintain the aforementioned condition.

With regard to personal income tax, an exemption of 50,000 euros per year is introduced, compared to the 12,000 euros per year that is generally applied, in the case of delivery of shares or participations granted to the workers of an emerging company. In addition, the deduction for investment in new or recently created companies is increased to 50%, compared to 30% to date, also increasing the maximum deduction base from 60,000 euros to 100,000 euros.

Finally, the Startup Law also affects labor matters in order to facilitate the creation of emerging companies and encourage job creation. Thus, it modifies Law 20/2007, of July 11, of the Statute of self-employment, by virtue of which 100% of the self-employed quota is discounted for those self-employed workers in a situation of multiple activity who meet the following requirements: 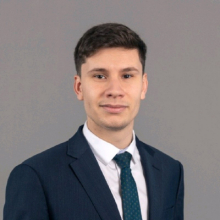 Lawyer at the Corporate Department, having as main responsibilities:
- Planning, design and advice on the incorporation of companies and other entities
- Design and implementation of corporate structures
- Corporate operations: capital increase and reduction operations, mergers and acquisitions (national and cross-border), divisions, conversions and corporate restructuring.
- Sale purchase of companies.
- Drafting and preparation of bylaws, shareholder agreements and family protocols.
- Legal secretariats.
- Legal advice and resolution of partner conflicts.
- Estate planning and drafting of wills, agreements as to succession and powers of attorney.
- Negotiation and formalization of corporate agreements.
- Commercial contracting.

Melissa Rivers
Retail Evolution: Continuing to Think Outside of the Box