Home » Articles » Jessica Carballo » Not Just Fun and Games: The Demise of Toys "R" Us, Inc. and the Changing Face of Retail

Not Just Fun and Games: The Demise of Toys "R" Us, Inc. and the Changing Face of Retail

This year marks the first Christmas in modern memory without Toys "R" Us, Inc. The loss of the international toy seller leaves billions of dollars in toy sales up for grabs, and its slow and steady decline may serve as a catalyst for retailers to evolve and stay relevant. In a post Toys "R" Us, Inc. world, the demise of one brick and mortar retailer could be a boon to many others that are vying for retail supremacy this holiday season.

Toys "R" Us, Inc.  closed all of its stores earlier this year after efforts to resolve its mounting debt were unsuccessful. Within a few months of its motion to liquidate, Walmart, Target and Amazon announced their plans to boost their toy inventory in time for the 2018 holiday shopping season, eager to take over Toys "R" Us, Inc.’s sizeable share of the $36.8 billion U.S. retail toy market. Other brick and mortar retailers followed suit, with Party City, Kohl’s, J.C. Penney, Five Below, BJ’s, Michaels and Best Buypromising larger toy inventories and in-store experiences. Even Buzzfeed is getting into the brick-and-mortar toy selling business.

Consumers, meanwhile, have been happy to spread their cash around. Target, Walmart and Costco have done especially well in a post-Toys "R" Us, Inc. world, but small independent toy sellers are also feeling good. Consumer confidence in the health of the economy is at a 20-year high, meaning people are more likely to spend in general. Toys are one of the highest selling categories of goods around the holidays, and U.S. holiday retail sales around Thanksgiving this year totaled $7.9 billion. As expected, people did a lot of their shopping online (a whopping $1 billion in sales came from orders placed on smartphones alone), but the majority of Americans engaged in some combination of online and in-person shopping, including buy online / pick-up in store options. For the holidays, at least, people like shopping brick and mortar.

Which brings us back to Toys "R" Us, Inc. The company was one of 2018’s many retail casualties--Sears, Mattress Firm, Claire’s, Brookstone, and Nine West also went bankrupt. But after Brookstone closed its stores, we didn’t see Amazon issue a paper catalog aimed at increasing its sales of foot spas. That’s because toys are a special category. Even as the lives of children become more intensely scheduled and/or tech-centered, toy sales in the United States have increased and are now the highestthey have ever been. The power of toys is so mighty that it brought FAO Schwarz back from the dead: three years after closing its last store, the toy seller has plans to open stores in airports around the country and has moved into a new 20,000 square-foot of retail space in Midtown Manhattan. Likewise, KB Toys, defunct since the early 2000s, is back in business, operating 1,000 pop-up stores this holiday season with the hope that some of them will succeed and become permanent.

Clearly the demise of Toys "R" Us, Inc. was not because of a lack of interest in toys, or because brick and mortar is dying. The company was poorly managed and billions of dollars in debt. It also, some might argue, had a tired brand. While there was some outrage on Twitter following the company’s liquidation, Toys "R" Us, Inc. kids, for the most part, quickly moved on. Liquidation sales were far lower than expected and store attendance was low, even as prices were drastically slashed. One consultant in the space theorized that the world will miss the Toys "R" Us, Inc. of old, but not the cold warehouse it had become. In his words, Toys "R" Us, Inc. had stopped providing “a compelling shopping experience.” But what does this mean?

The need to dazzle a customer is not new, but experiential retail spaces are on the rise—places where consumers can engage with products in a meaningful way and also do something besides simply making a purchase. Stores like Ikea provide this by allowing people to play house in a fully styled space. Several stores in New York, one of the largest retail markets in the world, are experiential: you can run on an in-store track or have a workout at Adidas, have tea or get a manicure with a doll at American Girl, or meditate in a “zen pod” while trying on yoga wear at Lululemon. For its part, FAO Schwarz is aiming to “deliver theater” to visitors to its New York store, bringing back the giant playable piano and offering magic shows, toy customization, a racetrack for toy cars, and a candy shop—all of which may be elements for Toys "R" Us, Inc.’s lenders to consider if they follow through on their plans to revive the brand.

Selling a product, even one as desirable as toys, is simply not enough. Customers either want the convenience of picking up body wash and Barbie dolls in one trip to a big box store, or they want an experience. As the holiday shopping season wraps up and we head into a new year, retailers would do well to reflect on whether their stores are offering compelling experiences or whether they are simply places to buy things. 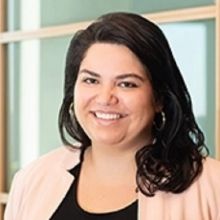 Jessica Carballo is a corporate attorney who advises clients on matters related to mergers and acquisitions, corporate governance, corporate financing and compliance. Prior to joining Goulston & Storrs, Jessica was an Associate at an Am Law top 30 U.S. law firm, where she also maintained an active pro bono practice and worked on immigration asylum cases.

Christoph Jonas
Patent Protection as a Strategic Instrument in Competition

David Hodgson
The Impact of Brexit on Family Law