The Gaylord National Resort & Convention Center played host to the ICSC's 2019 Mid-Atlantic Conference and Deal Making event last week. After being snowed out last year, the conference rebounded with high attendance and spectacular views of the Potomac River. The overall mood of attendees was surprisingly upbeat given the looming prospect of a downturn often discussed at other real estate conferences.  The Washington, D.C. area is still very much basking in the aftermath of the Amazon HQ2 decision, with the prospect of tens of thousands of well-educated and well-compensated people moving to the area for jobs, housing and shopping nearby.  Most participants surveyed indicated that deal flow was proceeding at a good pace, with much of the focus continuing to be on large mixed use projects.  That being said, there were fewer developer booths at the show than in the past several years, and very few large tenant booths.  As usual, much of the action took place in meetings in the various broker booths.

For the panel discussion on Opportunity Zones, every seat in the room was filled, with many people standing in the aisles, because everyone wanted to get the inside scoop on Opportunity Zones from Ja’Ron Smith, special assistant to the President for the White House Office of Legislative Affairs. Much to the dismay of the audience, Smith had little guidance to offer. He saw his role more as the collector of feedback (which other panelists were happy to provide) to inform the next set of regulations, which Smith said will, among other things, better define “substantial improvement.” (One way to qualify property as Opportunity Zone business property is to substantially improve the property (IRC Sec. 1400Z-2(d)(2)(D)(i))).

The Opportunity Zone panel discussion was the most content laden event of the conference, as the other events were very light-hearted. A game of Family Feud pinned developers against retailers as they were asked to identify the largest quick serve restaurants, the largest malls, the biggest online retailers and the top items purchased at a fueling station (call or email us for the answers). Several events consisted of brief getting-to-know-you interviews with various Mid-Atlantic developers and new retailers. Möge Tee, which has over 300 stores in Asia, is bringing bubble tea and other unusual tea concoctions to the US market, so be on the lookout for avocado cheese tea coming to a store near you! 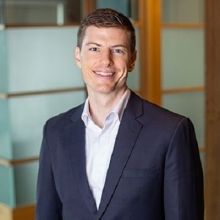 Before joining Goulston & Storrs, Joseph was a Real Estate Associate at a top Am Law 100 law firm. While in law school, Joseph completed legal internships for the Office of General Counsel, Department of Education and the United States Attorney’s Office.

Rachel Waller
Japanese Knotweed – what is the legal position?

Pablo García
May I Incur Liability If I Do Not File for Bankruptcy After COVID-19?