A drug is called “orphan” when it is intended for treating rare diseases. The definition of a rare disease is essential to better understand the concept of orphan drug. A disease is not common when it afflicts less than 5 people in 10.000 in Europe, while in the USA less than 200.000 people have to suffer from a disease to be able to call it rare. The fact that the orphan drug treats rare diseases has an important consequence: the manufacturing costs are really high (166 million on average) but the chances of recouping the money invested are extremely limited due to the scarce number of consumers (patients). This situation deters the pharmaceutical industries from investing in this kind of products.

Over the decades, the community, as well as the citizens and the institutions, has increasingly perceived the need for action to regulate the issue. The United States of America were the first country to intervene, in 1983, year in which the Congress issued the “Orphan Drug Act”. After 16 years, Europe followed the steps of the Americans: in 1999 was signed into law the CE Regulation nr. 141/2000. The aim of these two acts (and of all the other acts about orphan drugs issued by other countries) is to encourage the pharmaceutical companies to invest time and money for the R&D of the drugs for rare diseases.

The laws on orphan drugs set out several incentives for the pharmaceutical companies: assistance protocols provided by the competent authorities (FDA in the USA and EMA in Europe), reduction of fees and tax credits, access to specific public and private funding programmes. The main incentive, however, is the market exclusivity: this therefore means a period during which similar drugs may not receive another market authorization. The difference between the USA and Europe concerns the duration of the market exclusivity: 7 and 10 years respectively.

The importance of these laws is tangible: without the certainty of recovering the money invested no pharmaceutical industry would produce orphan drugs and without this products millions of people risk dying or seeing their conditions deteriorate inevitably. At the same time, the limitation of the duration of the exclusivity is essential: without it the generic products would never enter the market and the prices would never decrease, thereby harming the patients. 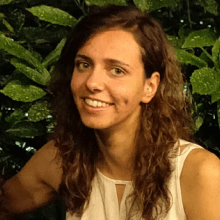 Maurizio Bottoni
VAT Regime of the Detachment of the Workers

Carlos Alonso
Compensation For Damages Resulting From The Measures Adopted By The Spanish Government To Deal With The COVID-19 Crisis? Key Points To Make Your Claim Viable