Competitive gaming or esports has rapidly found its own place in the sports and entertainment landscape in recent years. By some estimates the esports industry will by 2022 have 300 million viewers and be on par with NFL viewership.  The growth also has gained a foothold on college campuses. Intercollegiate esports have grown exponentially in the last five years, both in terms of the number of schools sponsoring esports teams and an increase in schools introducing majors and courses of study focused on esports business and management.

Esports programs benefit colleges and universities by, among other things, enhancing recruitment and retention, adding to diversity and inclusion and potentially creating a new revenue stream.  Like with all new ventures, however, collegiate decision-makers and legal/compliance departments must consider the legal and practical problems involved in implementing and maintaining an esports program, in complying with the different rules of intercollegiate regulatory bodies and state laws that affect esports and in formulating transparent policies that are understandable by all stakeholders – the college or university, the participants, the fans, sponsors, media and alumni.

The Goulston & Storrs College Sports Law Practice keenly is aware of the legal issues involved in esports.  We partner with schools in guiding them through the regulatory and statutory maze, helping to create a diverse and inclusive program and implementing and maintaining an esports program that is consistent with the college or university’s culture and values.  In this advisory, we summarize a number of the advantages of an esports program for colleges and universities and examine some of the risks, including the regulatory and compliance issues involved in esports as well as the risks of permitting sports betting.

The Growth of Esports at Colleges and Universities

In the past three years, the number of intercollegiate esports programs has increased tenfold from forty to over four hundred. Moreover, with this dynamic growth also has come opportunities for revenue growth from traditional sources such as admissions and fees for entering and viewing esports contests and non-traditional sources such as commercial licensing of name, image and likeness (NIL) and, if permitted, wagering. Due to low startup costs and general popular attention, it is expected that the number of intercollegiate sports programs will increase in the near term.

Esports offer a variety of avenues for a school to generate revenue: selling tickets to live events held in esports stadiums as well as virtual streams of competitions, naming rights for esports stadia and arenas, sale of merchandise relating to the team and corporate sponsorships.  For example, the University of Kentucky has partnered with JMI Sports for the naming rights to its new esports facility, and with esports company Gen.G with the goals of diversifying esports.  The University’s five-year goal is to increase the revenue stream from esports to exceed the high six figures.

Esports can benefit educational institutions in, among other things, increasing student recruitment and retention, offering an opportunity for greater recognition, especially among smaller schools, and the promise of esports programs generating multiple streams of revenue.  For example, Robert Morris University of Illinois launched the country’s first esports varsity program in 2014, reportedly received 7,000 emails from interested applicants from around the world. In 2018, Ashland University’s esports program was featured on Good Morning America and attracted over 500 applications from prospective students who wanted to participate in esports.  And, the type of students that esports tend to attract – STEM students, engineers, international students – are attractive to schools.

Beyond attracting the curiosity and attention of prospective students, colleges and universities with esports programs have lured some students out of their dorm rooms and virtual communities into common areas by facilitating greater interaction with other students and improvement on overall college life. For example, a dozen Southern Baptist University students helped sponsor a six-hour esports expo in 2017 which drew some 200 people despite bad weather on the day of the event.  As a result of the expo, a Twitch homepage featured SBU for hours and garnered more than 70,000 views of the feed – demonstrating that the community building and retention aspects of esports also help drive recognition of the school overall through social media and other online venues.

Because of the increasing popularity of esports and its relevance to contemporary culture, a number of schools have created courses of study around esports.  Shenandoah University began offering a Bachelor’s of Science degree in esports, admitting 21 majors (and 18 minors). The program covers esports management, coaching and media/communications. Shenandoah also converted an old armory into a 1,500 square foot esports arena where besides hosting competitions, there is a broadcast studio for students to engage in the media-side of esports, even recording live broadcasts of games with student commentary.

Another benefit of esports at colleges and universities is that size may not guarantee success of the program.  For example, Maryville University in Missouri has 2,000 students.  Yet, it has won the League of Legends Championship in three of the last four years and was the preseason No. 1 by ESPN College League of Legends coaches’ poll.

Esports also pose challenges to colleges and universities.  These include who controls and can develop the program – the athletic department, the technology group or an academic department?  Other concerns deal with commercialization. For example, will the school permit esport participants to license their NIL rights?  Will this be on a par with football or basketball players? Also, how will the school avoid conflicts between endorsers of the college or university and endorsers of individual students at the same college or university?  How will the school license broadcast or other media rights? And how will the college or university deal with third parties, such as agents, who may represent student participants and the game producers who control the underlying intellectual property?

Another area of concern is sports betting.  There are daily sports fantasy programs, such as Fanduel and Draftkings, which afford participants the opportunity to use their knowledge of a sport to enhance their fees.  Will this extend to esports?  What is the college or university’s public position on this type of activity – is it gambling or not?  Currently, a number of states expressly permit daily sports betting and some prohibit it.  Understanding this regulatory framework is a challenge for compliance.  In addition, schools need to develop policies consistent with their culture and values, state laws and other regulations.

Esports also presents challenges to the college or university’s culture and its commitment to diversity and inclusion. College compliance departments must consider the issues raised by Title IX in instituting esports teams which are currently predominately male.  However, esports could be a boon to greater gender equality on campus given competition does not have physical barriers to participate.

Despite the wealth of opportunities arising from esports, the economics and ecosystem of esports may prove challenging to reconcile with the tradition of amateurism in collegiate sports and the culture and policies of the school.  Can esports be reconciled with amateurism?  What is the role of college regulatory bodies?  State law?

Last year, the NCAA declined to regulate esports.  In its place arose the National Association of Collegiate Esports (NACE).  In the past four years, NACE has grown from six to over 170 members, boasting participation among over 5,000 student athletes and over $16 million in esports scholarships and aid offered by member-institutions.  NACE has developed a body of rules that apply to esports participants.  For example, NACE rules permit esport participants to license their NIL rights and to exclude any prize or award money earned from third-party competition from grant-in-aid limits.  NACE also has rules and forms for monitoring and disclosing duties and responsibilities.  Here, too, colleges and universities need to understand and comply with these rules and keep abreast of changes.

We have outlined only a handful of the opportunities and issues involved in esports. 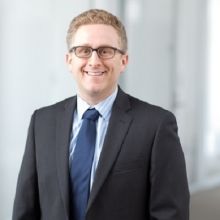 Prior to joining Goulston & Storrs, Jesse was a corporate finance associate at the New York office of an Am Law 100 law firm. During his tenure there, Jesse spent a year as a legal “secondee” to a major financial institution, serving as in-house counsel to its asset management division, asset management placement agent, and secondary private equity fund.

Gianfranco Di Garbo
Italy, an Opportunity for Lawyers Working with the Public Administration in the Covid19 Era

Filipe Consciência
Is the Price of a Law Firm a Good Indicator for Hire Them, or Must We Look for Other Signs?