Home » Articles » Filipe Consciência » Should We Maintain Investments Despite COVID-19?

Should We Maintain Investments Despite COVID-19?

This is a question that has recently been asked frequently in Portugal.

After 500 years of the Discoveries, the situation was reversed and it was Portugal that was discovered. In recent years, multiple international tourism awards have established Portugal as one of the best tourist destinations in the world.

This resulted, especially in Lisbon and Porto, in an invasion of tourists from all over the world. The investment started to be mainly for tourism.

Requalification of cities, improvement of monuments, hotels and new restaurants to be opened daily, and all kinds of services related to tourism to be developed.

40 years after the beginning of the discussion, a doubt returned to the Portuguese State more strongly. Is it worth it or not to move forward with a new airport in Lisbon, in addition to the small and outdated airport in the Portuguese capital?

But the pandemic took everyone by surprise and tourism in Portugal, as in the rest of the world, disappeared, leading hotels, restaurants, and other services to bankruptcy.

At the same time, the old question of the airport has reappeared. Now that tourism has disappeared, and it will take a long time to return to what it was, and that the economy is weaker than ever, is it worth it to proceed with the construction of a new airport?

The opinions split again. Is it worth keeping an investment in something that has disappeared, even if provisionally? The same is questioned in other areas and sectors. Companies, offices, factories, stores, which had growth plans, is it worth keeping these plans?

It should certainly be analyzed on a case-by-case basis, but believing that all of this is provisional, and that we will return to what it was, the Portuguese State has given a clear public signal of confidence and optimism, maintaining the construction plans for the new airport.

In this way, the Portuguese State demonstrates to others that this should be the way. To believe that everything will improve and that we must continue to improve our business and projects, with a view to a better Portugal. 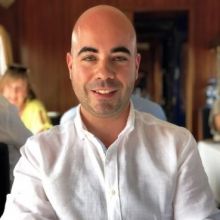 Gianluigi Longhi
The End of History: the Errors of the Italian Left and the European Reaction.