As there is no other method to better overcome the uncertainty of the unknown than the constant search for information [[and given the reality we are witnessing nowadays, featured by the sudden evolution of the digital world]], what it - always - actually really matters is trying to keep up with its dynamism.

It’s known that virtual currency or cryptocurrency1 represents a digital value that, unlike the reality we were familiar with until then, is not issued by a central bank, electronic money institution or any other credit institution. Thus, also for this reason they are, in many legal systems, an alternative to the actual coin.

In fact, as it presents notorious differences from the traditional coin, starting with the fact that the latter finds its domain through a legal framework while virtual currency, characterized by its decentralization and independence, is also ruled by a weak or almost null legal framing. This is also why it is automatically associated with greater risk to the user.

Bitcoin, on the other hand, is a payment system that is reproduced and stored using an electronic data processing and storage technology, the blockchain2, through the use of cryptographic mechanisms which control the creation of currency units and verify their transaction.

Bitcoin, created by Satoshi Nakamoto - whose real identity is unrevealed - was the first type of cryptocurrency, thus conceiving a concept of decentralized virtual currencies, in which there is no need of a central server, through a computer network that rates files and works at the same time as a server and a client.

Hence, has it is recognized as the most popular currency in the world today, it also contains a distinct appreciation when compared to any other kind of currency. And as a result, taxpayers have doubts about the capital gains associated with it and the respective taxation.

Therefore causing, in several countries, the need to regulate, from a tax perspective, a legal framework capable of including the taxing of cryptoactive assets in existing regulations or, as a last resort, establishing a new regime for this purpose. Countries such as the United States of America, the Netherlands, Switzerland and Germany are in harmony with regard to the primordiality of the issue and have therefore already adopted certain measures on the matter.

In a way, even if the adoption of a regulation frame regarding taxes for the profit obtained from operations carried out via cryptocurrency aims, for the Portuguese government, at a system that - because of the security and certainty associated with it - makes Portugal attractive to crypto-active operators and investors, one will always conclude that the country will lose its characteristic as crypto-friendly.

And that because, as this new concept of digital business is essentially based on risk, it can be easily concluded that investors will prefer countries whose tax system is a true "tax haven", thus reducing Portugal's competitiveness in this field.

However, given the expansion of this type of investment, to allow it without a specific regime to regulate it would lead, in the great majority of cases, would lead to situations of insecurity that the law aims to protect, thus contravening one of the purposes of any legal system and also allowing the permanence of a rampant regime of unfairness and insecurity.

That is why Portugal, following the European Parliament's non-binding resolution4 calling for the determination of tax regimes for transactions with digital assets will, as of 2023, provide for taxation at a rate of 28% of profits earned on crypto-activities held for less than a year.

On that basis, crypto-assets that are held for more than a year will continue to be exempt from taxation, while transactions related to the issuance of new cryptocurrencies will also be considered, and a 10% tax will be introduced on any free transfer of cryptocurrencies, as well as a 4% tax on commissions on transactions made through the purchase and sale of digital assets.

1 Which functionalities are related not only to the purpose of being a means of exchange, but also to consist in a digital means of payment.
2 According to CORREIA, Francisco Mendes – “A tecnologia descentralizada de registo de dados (Blockchain) no setor financeiro”in CORDEIRO, António Menezes, OLIVEIRA, Ana Perestrelo de, DUARTE, Diogo Pereira (coord.) - Fintech Desafios da Tecnologia Financeira, Coimbra: Almedina, 2.º Edição, 2019, p. 83.

3 Until now, there is only one binding Doctrine Sheet issued by the Tax Authority (Doctrine Sheet No. 5717/2015), according to which income earned from the sale of cryptocurrency is taxable only when it contains a habitual and stable business activity exercised for a living, so that it can be included in Category B.
4 Vide Non-binding resolution of June 30 of the European Parliament. 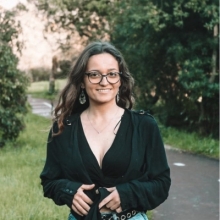