Home » Articles » Brian Judge » The Game of Malls. What Is Dead May Never Die.

The Game of Malls. What Is Dead May Never Die.

It’s no secret that consumers have been shifting away from shopping at traditional brick-and-mortar stores in favor of shopping online.  Nor that the shift in consumers’ shopping habits has resulted in a wave of store closures in malls throughout the U.S. over the last several years.  The trend has led some long-time retail analysts like Jan Kniffen, to proclaim that, with some exceptions, the mall is more or less dead.

The actual number of store closures puts things into perspective.  A report just released Wednesday by consulting firm BDO USA LLP indicates that U.S. retailers closed more than 7,000 stores from January to June of 2019 – more stores than U.S. retailers closed in all of 2018.  And according to global research firm Coresight Research, by the end of this year as many as 12,000 store closures are anticipated to have been announced by U.S. retailers in 2019.  Needless to say, these store closures have and will continue to pose challenges to shopping malls throughout the country.  According to a report by Credit Suisse in 2017, as many as 25% of shopping malls throughout the U.S., or roughly 275 malls, could be closed by 2022.

Many mall owners already feeling the effects of the wave of store closures have found creative and successful ways to fill vacant retail spaces, including through a mix of uses such as offices, co-working spaces, apartments, hotel rooms, medical facilities, gyms, trampoline parks, and even e-sport venues.  But what other options may a mall owner have whose mall is completely or substantially vacant?

“Hey Alexa…”.  Turns out she may have the answer.

As documented in this video produced by the Wall Street Journal, Amazon has begun converting vacant malls into fulfillment centers to help satisfy its burgeoning ecommerce business.  As explained in the video, malls are particularly appealing to Amazon for the following reasons:

Amazon isn’t the only one taking notice of the opportunity presented by vacant malls.  CBRE Group found twenty-three examples between 2016-2019 where bricks-and-mortar retail projects were converted to industrial uses, resulting in a conversion of approximately 7,925,000 square feet of retail space into approximately 10,914,794 square feet of industrial space.  This is a trend that seems likely to continue as more traditional bricks-and-mortar stores close and ecommerce companies like Amazon continue to need more space to store their products in locations that allow them to meet consumers delivery expectations.  It makes you think that in the game of malls, what is dead may never die. 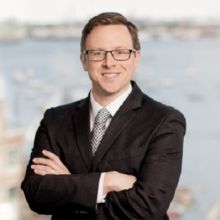 He represents clients on a broad range of multifamily, office, retail, institutional, and mixed-use projects locally in Massachusetts and across the United States.