The Impact of Brexit on Family Law

In a world which has seen an increase in family unions between different European nationals, family law has developed to provide a harmonised system across the EU.

Our jurisdiction of England and Wales has always made and applied its own law in respect of family law but there are different EU instruments which concern family law. These instruments deal with things such as jurisdictional conflict in issues about divorce and parental responsibility, maintenance obligations, enforcement, child abduction and service of proceedings.

When there are competing jurisdictions, in divorce and related financial matters, children issues and maintenance, they specify which country should deal with matters. They provide for co-operation between different countries and enable the recognition and enforcement of orders made in different jurisdictions.

The EU instruments ensure that there is a consistent approach to such matters across the EU, so there is less legal argument and expense. Bureaucracy is kept to a minimum and they provide for a quicker and more effective solution.

Court of Justice of the European Union

When Brexit comes to fruition the government has indicated an intention to replicate the EU instruments in our domestic law but to no longer be bound by the Court of Justice of the European Union.

In October 2017 a joint paper was drafted by the Family Bar Association, International Academy of Family Lawyers and Resolution expressing concern about the government’s stance and the impact that this will have.

The paper identified that there were broadly 3 options:

When dealing with cross jurisdictional issues in the EU it makes sense to have rules providing for reciprocal arrangements and an arbitrator dealing with interpretation. There is no reason why this cannot be confined to procedural issues and rules of private international law; as it is at present.

The argument then follows that by limiting the role of the Court of Justice of the European Union, the UK is free to make their own laws of substance but enjoy the benefits that exist through the EU instruments for family law.

There is no doubt that the EU instruments provide a considerable benefit to families with issues that cross different European jurisdictions but a key component of Brexit is to no longer be subject to the Court of Justice of the European Union. If this is implemented, it is difficult to see how full reciprocity can be maintained unless an alternative is agreed.

In the longer term, the future of our relationship with the EU in terms of the making of future laws and amending those that exist which relate to family law, will need to be properly considered if we are to retain the benefits of an integrated system in respect of cross jurisdictional issues. Until such time as this can be done, accepting a limited role of the Court of Justice of the European Union seems a small price to pay for the benefits that the current system brings. 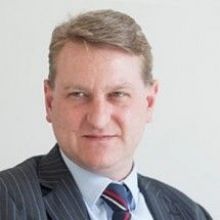 David’s legal career has focused exclusively on Family Law. He has a depth of experience in all areas of Family Law practice including pre-nuptial and post nuptial agreements, co-habitation and children. He specialises in divorce and separation cases with a complex financial element. Many of his cases involve substantial wealth, businesses and trusts or an international element.

Maria Evangelou
How Crucial Is Nowadays the Role of Risk and Compliance Officers?

Pablo García
Second Chance: Could It Be Your Solution After Covid-19?