The Importance of Hiring Local Workers in Bosnia and Herzegovina

While desire and motivation for work in Bosnia and Herzegovina are at a very low level, labour migration is at a very high level and increasingly present in the last ten years, perhaps more than ever. Constant talks about the possibilities and ways of going abroad for employment, particularly to the closest destination Slovenia, and then to the countries of the European Union, can be heard everywhere. This trend is particularly common for deficient professions of Western Countries, such as those from the health sector, the IT industry, and certain vocational craft jobs. Despite the great brain drain, and almost daily departure of the workforce, life and work in Bosnia and Herzegovina cannot and should not be stopped because there are still significant local and foreign investments resulting in engagement of a large number of local and foreign workers. Sometimes it happens that there is a lack of qualified workers, since many have left the country and continued their life abroad. Therefore, local and foreign employers have no other option but to hire foreign experts, technicians or other necessary personnel, as a replacement for those who have left the country looking for a job. In these or similar projects, it is quite common that foreign workers and experts are paid much better than local workers and experts. Therefore, we have to ask ourselves whether their knowledge, experience and expertise are “more expensive” or the passport and citizenship affects the price of their work.

Due to the fact that the Labour Act stipulates that all workers are guaranteed equal pay for the same work, or work of the same value (while the same value understands the same level of professional qualifications, i.e. education and skills) we wonder why we are often witnessing that foreigners are better paid, i.e. receive much higher compensation for their work? Does this kind of discrimination directly worsen the position and importance of local workers? If we take into account that foreign workers, besides higher salaries, enjoy certain other privileges such as remuneration for work outside their country, travel expenses, daily allowances, accommodation costs, then the question arises as to the justification of such large expenditures instead of the engagement of the local workers. We should start from the beginning of the problem, improve the education system and, methods, appropriate practices, training for all types of job, thus avoid the above-mentioned costs, and permanently solve the problem. We are not even talking about those occupations and professions in which workers do not even have the opportunity to improve, so we are forced to employ a skilled workforce from abroad, but just about those professions that local workers are equally competent. Still the job is being taken “in front of the nose” of local workers by foreigners only because they are considered to be better skilled than those from BiH.

This type of discrimination is leading to a situation that not only craftsmen, carpenters, painters, construction workers are leaving BiH, but also qualified and educated young people, potential experts. It seems that it is easier for them to work manual jobs abroad instead of trying to prove that salaries should not depend on citizenship, at least not in BiH. Therefore, how it that it is easier to learn a foreign language, change original profession, leave the one’s past behind and go to an unknown place in order to achieve something that could not be achieved here? While other countries appreciate its experts, finance them, enable them to improve and develop, we push or discriminate our workforce, but proudly promote and talk about them when they become successful in another country.

The goal of all of us, as well as of our communities, should be to improve the position of local workers and work towards the preservation of the workforce. We should start to appreciate and recognize the potential of each individual who will ultimately result in adequate financial satisfaction, because only by positive action we can influence the reduction of workforce outflow. Only on that occasion, we will not talk about the reduction of unemployment, which reflects in the number of workers who left the country, but about increasing employment, in a way that the employee is satisfied with his position, and therefore productive for his employer. 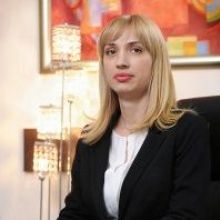 Sanja Djukic is a Partner, employed by the Law Firm SAJIC since 2007. Sanja graduated from the University of Banja Luka School of Law in 2006.

In addition to labour law and health law, Sanja's area of expertise is banking and finance law, company/corporate law, M&A and telecommunications law.

Sanja is a member of the European Association of Attorneys (AEA) and Union Internationale des Avocats (UIA).