The New Dawn of Retail: Apocalypse or Evolution?

Major retailers that once reigned supreme with brick and mortar stores now face unparalleled challenges. Historically, major retailers dominated the retail industry by opening stores in the most desirable locations and offering fetching merchandise at a great value. But, numerous trends – including a dramatic shift in shopping habits, the rise of e-commerce, the overabundance of malls and the revival of the restaurant experience – have triggered a shift in the U.S. retail landscape and led to the demise of brick-and-mortar stores. A recent spate of store closures affecting niche-market retailers, such as Toys’R’Us, RadioShack and Payless, illustrates the impact of this new reality for the retail industry. As more and more U.S. retailers close up shop and file for bankruptcy, it is becoming clear that the industry’s decline isn’t simply a phase or a temporary blip on the radar, but rather the new normal.

The inauspicious fate of major retailers appears to be at odds with the broader economic narrative in the U.S. – one where the economy is thriving and consumer confidence is at an all-time high. These favorable economic signals would typically be a harbinger for a thunderous retail boom, yet the reality is one of gloom and doom. The rapidly changing retail landscape is experiencing unprecedented upheaval as brick and mortar stores battle to keep pace with shoppers, who have taken their business online, and is bracing for a tsunami of store closings in 2018 as major retailers succumb to increased debt. The number of store closures is expected to rise by at least 33% to more than 12,000 in 2018 according to a report by Cushman & Wakefield. When combined with the record number of store closings in 2017, an increased rate of closures in 2018 would push a number of under-performing malls to the brink of extinction. Indubitably, the most significant trend affecting brick-and-mortar stores is the meteoric rise of Amazon and other online retail companies, who have wrested away market share. But the fall of the retail industry is also largely due to the Great Recession, which placed a premium on experiences – especially those that translated into an Instagram post – and unleashed a restaurant renaissance.

In today’s retail environment, retailers must take into consideration the e-commerce effect and its impact on future store performance. Given the rise of mobile shopping and the online shopping experience, retailers are dealing with more store closures than they ever could have predicted. While it’s unlikely that brick-and-mortar stores will ever be displaced entirely by e-commerce, developing harmony between the two appears to be the most viable strategy going forward. Retailers today have an amazing opportunity to pioneer a new landscape in the retail industry, one which is date driven, highly personal and deeply entrenched in technology. And, despite the rash of store closures, brighter days and a new dawn lie ahead for the retail industry. 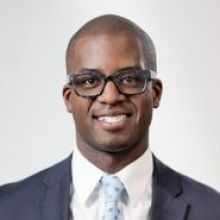 Prior to joining Goulston & Storrs, Marvin was an associate at an international law firm in Boston.  During law school, Marvin participated in the Resilience Advocacy Project where he mentored and provided legal services to low-income children and youth.

American and international retailers turn to Matt Epstein for business and real estate law advice. Matt has coordinated the national roll-outs of stores for numerous retailers including J.Jill, J. Crew, kate spade, Tory Burch, Betsey Johnson and Swarovski Crystal, including the negotiation of leases at regional malls and urban locations. Matt has over 25 years of experience in a wide range of real estate matters.

Prior to joining the firm, Matt clerked for the Honorable Morey L. Sean, Federal District Court, Eastern District of Louisiana. He is a Director and a Co-Chair of the firm's Retail, Restaurant & Consumer group.