The New Italian Biomethane Decree: Boost for the Biogas Sector

The adoption in Italy of the decree MiSE of 2 March 2018, whose operational guidelines have been set since March 2019, represents a key step for the development of the biogas/biomethane sector. At the end of 2017 in Italy there were 1,555 operating plants, with a total installed capacity of 1,345 MWel. According to these numbers, Italy is the second biogas market in Europe after Germany and the fourth in the world after Germany, China and USA.

The new Italian biomethane regime encourages the production of biomethane.

The production of biogas/biomethane pervades many components of the production of goods from the agriculture. In fact biomethane is obtained through the purification process of biogas, through anaerobic digestion of biomass  (dedicated crops, by-products and agricultural waste and animal waste), and organic waste (agro-industrial and OFMSW), being 100% renewable; it is produced and purified in the plants with the most recent technologies, and shows high quality standards with purity threshold over 95%; it is also chemically a complete substitute to natural gas and thus can be introduced into gas transport and distribution networks. As a renewable source, biomethane is used for electricity production and heating purposes (domestic and industrial users) and as a fuel for motor vehicles.

The biomethane incentives are based on the allocation of certificates of release for consumption ("Certificati di Immissione in Consumo di biocarburanti", better known as "CIC") to be provided to those subjects who release non-renewable fuels for consumption: one CIC is assigned every 10 GCal of biomethane produced and released for consumption to the producers, furthermore  the CIC is assigned every 5 GCal if the biomethane derives from biogas produced by particular matrices. The number of CIC that these subjects are obliged to hold must be sufficient to cover the share of energy corresponding to the obligation to release for consumption of biofuels, which is determined every year. This new regime will be in operation until 31 December 2022 and has a production limit of 1.1 billion cu.m. of biomethane per year, giving subsidies only in the case of use of biomethane in the transport sector.

In addiction to the construction of new biomethane production plants, the assignment of CICs as par with a new plant is also contemplated  for the production of biomethane deriving from an existing biogas plant.

The decree introduces also special favourable tariff dedicated to advanced biomethane, that is derivated from particular biomass, those from agricolture and agroindustry, and an additional share of CIC for the investment in new consumer distribution points or in new liquefaction infrastructures.

In the scope of the new regime, the producers will receive a premium that will allow them to compensate for major production costs and compete with fossil fuels in the transportation sector and the premium can be increased in all the specific previsions. The development of the biomethane system aims to moving toward a green economy model, where sustainable mobility is quickly growing as a strategic target for Italy. 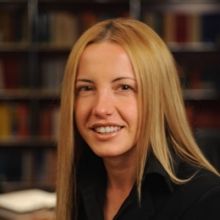 Marcel Smit
Not Playing By The Rules As An Employer In The Netherlands: The Ryanair Case