Ten months ago I wrote about Lawyers’ Professional Liability Insurance and came to a conclusion that in a way as it is being currently used and contracted, users of legal services will not certainly have any benefits from the same. Unfortunately, the practice has shown the correctness of such a conclusion.

During 2016, none of the insurance companies dealing with this type of insurance in the Republic of Srpska received claims for damages or any other claim of damaged users of legal services. Either our lawyers are unmistakable or is it something else in question?

There are two reasons for this. Firstly, I believe that the users of legal services are not sufficiently informed about the right to compensate damages made by their lawyers. Secondly, the special conditions of insurance companies that regulate this type of insurance are set so rigorously that a practically insured event (with some exceptions, for example failure to file an objection of obsolescence in civil proceedings) can never occur i.e. cannot be created the obligation of an insurance company to pay the damaged users of legal services for the damages caused by their lawyers. To remind, most insurance companies in the Republic of Srpska and the Federation of BiH, dealing with the professional liability insurance of lawyers, exclude from insurance all damages resulting from an intention of a lawyer or lawyer’s gross negligence. If we take as clear situations in which a lawyer deliberately causes damage to his/her client (although this will not always be the case), it remains unclear when some of the lawyers’ errors and omissions will be considered as gross, and when as ordinary negligence. If a lawyer fails to declare an appeal within the prescribed deadline or fails to attend a scheduled hearing, and therefore his/her client suffers damage, does such an omission of a lawyer will be considered as ordinary negligence or gross negligence? Should it be tolerated to the lawyer as should be tolerated to an ordinary person, or a lawyer is still expected to organize his/her work in the office i.e. law firm in a way to avoid such omissions? Answers to these questions can only be given by the jurisprudence, especially if it is noted that insurance companies, in order to avoid paying damages, stand at the point of view that such omissions should be treated as a gross negligence.

Professional liability Insurance of lawyers also covers damages resulting from a bad or wrong representation. However, when collecting such damages, clients will encounter the problem of proving not only that their lawyer represented them badly, but also that the dispute or procedure would have a different outcome if the lawyer represented him/her in the proper manner. In most cases (other than drastic ones, as previously mentioned, not declaring objection of obsolesce), it will be almost impossible to prove. Namely, in order to be successful in the civil proceedings conducted for the purpose of collecting such damages, it is most likely, that expert witnessing should prove that the outcome of the dispute would have been different if the lawyer properly had represented the client. At this moment, there are no expert witnesses to give an expert opinion for such situations (I suppose that this should be a permanent court expert of legal profession, not excluding that such expert opinions could be given by lawyers), nor could anyone claim that a court decision would be different if that proceeding was conducted differently, except maybe the judge who adopted that particular decision.

Of course, now we face a question what to do to ensure that a lawyer's professional liability insurance makes sense to their clients as well. Firstly, the users of legal services should be better informed, which, first and foremost, should be the task of the bar association. Secondly, Law on the Advocacy should be amended in order to ensure that the insurance of lawyers from professional liability also include both cases of ordinary negligence and gloss negligence.  This will then lead to the change of special conditions of insurance companies for this type of insurance, and certainly will increase the premium and probably demands of insurance companies for additional guarantees from lawyers, primarily those who are not liable with its entire property, therefore, law firms with limited liability.  But those who cannot afford payment of premium for insurance from representation in multi-million values of disputes, should not represent in such disputes, is it? 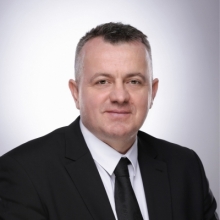 Aleksandar Sajic is a Founder and Director of the Law Firm SAJIC. Aleksandar graduated from the University of Banja Luka School of Law in 1997, and independent law practice started in 2000 in the joint office "Sajic Stojanka i Sajic Aleksandar" which in 2003 changed its form to the partnership.

In addition to commercial law, M&A, stock exchange law and insurance law, Aleksandar also deals with issues of minority shareholders, PPP and legal risk assessment. In these areas of law, he advises and represents clients before courts and other competent authorities.