Following the intervention of Private Banking in Andorra in 2015, triggered by the note of the American FinCEN, variable income of approximately 500 million euros corresponding to some 1,700 customers of this entity, were blocked in Credit Suisse due to the various judicial remedies presented by those affected.

It has not been more than four years since the situation has begun the definitive path to its solution. In effect, on May 28, the Swiss Federal Court, the last Swiss judicial instance, issued a resolution by which it rejected the resources presented by several clients affected by the BPA intervention, allowing the State Agency for Resolution of Banking Entities (AREB ) to claim the assets from the Swiss entity. The Court confirmed that the request made by the AREB to the Federal Financial Merchant Supervision Authority (“FINMA”), to order the transfer to the Principality of the securities deposited in the name of BPA, was not judicially attainable.

On the one hand, the Aute confirms that the appellants cannot support their claim on article 37G of the Swiss Federal Banking Law, in accordance with which FINMA has discretion to recognize bankruptcy or insolvency orders issued in relation to foreign banks , and determine the availability of these third States of assets located in Switzerland, without the need to bring a judicial proceeding. The Court argues that this provision is only applicable to creditors domiciled in this country or those creditors who benefit from any obligation arising therefrom.

On the other hand, the resolution adds that the appellants cannot unlimitedly benefit from access to justice since they do not have sufficient interest to appeal the FINMA decision and that their claim is not directly related to Switzerland, but rather focuses on Andorra. Therefore, the Court concluded that the claims of the appellants should in any case be directed against the Principality, and not against the Swiss country. This decision confirmed the resolution of the Federal Administrative Court of Switzerland, issued by Aute of December 21, 2017.

However, the unlocking has not been immediate, but has required months of efforts and work.

But today, customers who held positions in equities guarded by Credit Suisse can now begin the necessary procedures, through their managers in Andorra, in order to recover the normality of income operations. It is not only about initiating the transfer of income to Andorra but also of lifting the existing suspensions on the subscription orders and reimbursement of funds managed by the same entity. Once this step has been completed, customers will fully recover the operational normality of their funds.

In this regard, and as regards the implications of this unlocking for foreign clients, we must remember that as regards tax residents in Spain, they have the obligation to make the corresponding informative declaration of goods and rights located abroad - including variations and cancel·lacions- through the 720 model, since they are exposed to possible penalties and the corresponding surcharges. 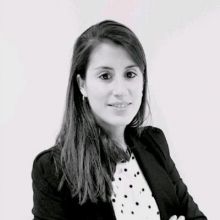 Andrew J. Ferren
Looking Inside the Mind of a Gen Z Shopper