Many a dispute arises between a landlord and tenant in the course of a tenancy, but probably none more so than those concerning service charge costs.

Disputes in this area have kept the Property Tribunals especially busy and the recent Upper Tribunal (Lands Chamber) decision in the case of Cos Services Ltd -v- Nicholson & anor [2017] adds further clarification in a service charges minefield.

This particular case concerns the insurance premium for Chiltern Court, a purpose built, four-storey building comprised of sixteen flats and two external blocks of garages. The freehold of the property was owned by Cos Services Ltd, the landlord.

Ms Nicholson and Ms Willans purchased the long leasehold interest in flat 15, Chiltern Court in 2014. Typically, and in accordance with the lease, the landlord was obliged to insure the building against loss or damage by fire etc. the cost of which was recoverable by way of service charge against the tenants.

On the landlord’s case, it had spent the following amounts on the cost of insuring the building, which was fully recoverable from the tenants:

Having considered the evidence, the First Tier Tribunal agreed with the tenants and determined that the landlord could only recover the following sums:

The landlord (being heavily out of pocket), appealed the decision to the Upper Tribunal.

In accordance with section 18(1) of the Act, a service charge is defined as:

In accordance with section 19(1) of the Act:

In light of the above statutory provisions, the issue before the First Tier Tribunal was whether or not the insurance premiums claimed by the landlord from the tenants had been ‘reasonably incurred’. If they were not so incurred, the tenants would be ordered to pay only that which the tribunal deemed reasonable.

On appeal, the Upper Tribunal carefully considered what ‘reasonably incurred’ meant. Past case law, unfortunately, provided inconsistent answers. In the case of Forcelux Ltd v Sweetman [2001], for example, the judge found that the question was not whether or not the service charge item was necessarily the cheapest available, but whether it was reasonably incurred. The Tribunal would first need to consider whether the landlord’s actions were appropriate and properly effected in accordance with the lease, the RICS Code and the Act; and secondly, whether the amount charged was reasonable in light of that evidence. The Tribunal noted that the second point was particularly important because, if it did not need to be considered, it would be:

‘open to any landlord to plead justification for any particular figure, on the grounds that the steps it took justified the expense, without properly testing the market’.

By contrast, the case of Avon Estates (London) Ltd –v- Sinclair Gardens Investments (Kensington) Ltd [2013], came to a different conclusion as to what ‘reasonably incurred’ meant. In that case, the Tribunal found that the landlord was not obliged to shop around at all in order for the costs to have been reasonably incurred. It was sufficient that the insurance contract was negotiated at arm’s length and in the market place no matter how high the insurance premium was.

In deciding the current case, the Upper Tribunal indicated its preference for the two stage test set out in the case of Forcelux Ltd. In particular, it found that the point of the Landlord and Tenant Act 1985 was to provide protection to tenants against costs that would otherwise be recovered contractually through leases. It was therefore right and proper to consider whether or not the cost of the work had been reasonably incurred.

In light of the above, the Upper Tribunal duly upheld the findings of the First Tier Tribunal in limiting the insurance premiums paid by the tenants to the landlord and dismissed the landlord’s appeal.

In accordance with the judgment set out in Cos Services Ltd, a landlord does not have to find the cheapest building insurance and premium on the market. It does, however, need to:

The Tribunal further commented that, whilst it is open to a landlord to negotiate a ‘block policy’ to cover their entire property portfolio, it must ensure that such a policy has not resulted in a substantially higher premium that has been passed on to the tenants of a particular building without any significant compensating advantages to them. 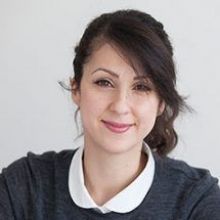 Anastasia works in our Dispute Resolution department on a broad range of cases and is regularly instructed by individuals and businesses in connection with sensitive and complicated civil disputes.

Anastasia has worked for clients on a wide variety of County Court and High Court claims including complex contentious probate matters, historic child abuse claims and breaches of contract or trust.

She has also worked on a number of misrepresentation and restitution claims as well as general consumer disputes and professional negligence claims. Anastasia advises generally with regard to insolvency matters, various personal injury claims and building disputes.