Home » Articles » Miguel Galán » Where Are You Going, Bankruptcy Law?

Where Are You Going, Bankruptcy Law?

Every time we have approached to examine a legislative amendment to the bankruptcy regulations, we have not been able to avoid remembering to what extent the legislator is imbued with our wonderful literary genre: the picaresque.

And we say this because a merely superficial analysis of the regulatory modifications introduced by the Draft Law to reform the consolidated text of the Bankruptcy Law takes us fully to that scene in which Lázaro ends up with the jug of wine stamped on his face so that then the blind man ended up battered by the blow against the pillar, believing that he was jumping a river.

Let us suppose that you, the reader, are an entrepreneur and you want to know how this Bill is going to change your life. Then we are going to expose six points that we have found to be the most interesting from that perspective.

1. Request the necessary competition: there will be no costs

In the first place, creditors are not inclined to request the necessary assistance from their debtors given the costs that this often entails and the danger of being ordered to pay costs. This will change since if the creditor's credit has expired 6 months before submitting the necessary insolvency application, he will be exempt from the costs in the event that the application is rejected.

2. Contest without mass: if you want administrator to pay it

If you are a creditor and represent at least 5% of the liabilities, know that the debtor who filed a contest without estate, that is, without assets, will see his expectation of processing a quick contest fulfilled without analyzing his responsibilities unless said creditor requests the appointment of a bankruptcy administrator, yes, the party is paid by the creditor because he will be the one who pays the remuneration of this thing that will discourage many.

3. What about my mortgage?

But to make matters worse, the liquidation plan is no longer the responsibility of the insolvency administrators, the special rules established by the judge will govern future liquidations, unless creditors with more than 50% of ordinary liabilities or total liabilities request to leave without effect such rules, an inordinate power in the hands of the creditors.

5. Who wants to buy production units?

Now imagine, as a creditor, that the debtor manages an interesting production unit and that you want to make a binding acquisition offer that the debtor will present with his application for declaration of insolvency. Until now, the main drawback of the purchase was the Social Security debt in which the buyer was subrogated with existential doubts as to whether it was the totality of the social security debt or only that of the workers in whose labor relations the buyer subrogated.

The bill makes it abundantly clear, which is very laudable, that the company succession will only affect the outstanding debt relating to the workers who are part of the production unit. But the legislator gives one of lime and one of sand. The bidder must assume the obligation to continue or restart the activity of the production unit for a minimum of 3 years and non-compliance allows any affected party to claim compensation for the damages caused. Who is going to assume in the field of SMEs to maintain an activity for 3 years in a macro and microeconomic context like the one we are experiencing?

6. The guilt of the bankrupt in the hands of the creditors

But the most important game changer for creditors is their new position on the liability piece. Until now he had the right to make allegations and little else. The bill, in addition to the allegations, allows creditors who represent at least 10% of the liabilities or with credits in excess of one million euros, and all public creditors, to present a qualification report of the contest as guilty, which will determine the processing of the piece of responsibility, even if the bankruptcy administrator has requested the classification as fortuitous. And those creditors will appear to defend the qualification, they will be able to compromise and appeal.

There are many more things to say about the bill, but we wanted to focus on some of them seen from the perspective of the creditor. And in our opinion, there is an enormous distrust in the rule towards the bankruptcy administrator and the debtor. Until now it was the debtor who was treated normatively with suspicion. Now the spectrum is broadened and it is intended to place the creditor in a position of vigilance of the rules of the game. But from distrust nothing has ever been built. 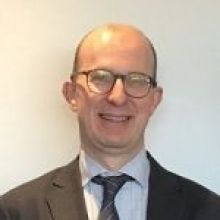 Miguel Galán Guerrero is a managing partner of the Litigation and Bankruptcy Department. He has focused his professional career on legal advice related to the business crisis, both pre-insolvency and bankruptcy.

He is a specialist in debt restructuring, sales of productive units and second chance. In addition, he has extensive experience as a Bankruptcy Administrator.

He specializes in Civil Procedural Law in the commercial field, especially in the responsibility of administrators, challenges to social agreements, unfair competition, intellectual and industrial property. Especially active in bankruptcy legal advice, mainly in the presentation of bankruptcy proceedings, second chance and sales of productive units.

Pablo García
May I Incur Liability If I Do Not File for Bankruptcy After COVID-19?

Charles Green
What Is Happening With The Tier 1 Entrepreneur Visa?