Purchasing a Property on the Basis of Misrepresentation

You’ve found your dream home, you’ve had an independent valuation carried out, and it seems that the home you want to buy is worth the valuation. But what protection do you have if the information you’ve relied on in getting the valuation turns out to be incorrect and is a misrepresentation?

The basic principle underpinning the sale of property is caveat emptor, or “buyer beware”. This means that the buyer takes the property as they find it, and is responsible for identifying any defects themselves. Many of the facts that the buyer will want to know are researchable, and a great deal can be discovered by way of structural surveys, physical inspections, and enquiries of the local authority. However, some important matters are only known to the seller, including whether necessary notices have been served or if disputes with neighbours have arisen. For this information it is often necessary to rely on the details provided by the seller in standard information forms such as a Property Information Form and, in respect of leasehold properties, a Sellers Leasehold Information Form (SLIF).

Ideally, sellers will answer questions in the forms fully and accurately. However, if, after the purchase, you find out that the information you relied upon was not accurate, and as a result your home is either not worth the valuation attached to it at the time of the sale, or there is some other problem which causes you loss, you may have a potential remedy under the law of misrepresentation.

This article looks at how misrepresentation arises, the remedies available to a buyer if they have suffered loss in that regard, and how sellers can protect themselves from misrepresentation.

Misrepresentation arises where the seller makes a false statement of fact relating to the property, which is relied upon by the buyer, causing him or her loss.

The remedy available to the buyer depends upon the nature of the misrepresentation, and whether it is made fraudulently (knowingly), negligently (carelessly), or innocently (with reasonable grounds for believing the statement was true). Broadly speaking the remedy is either rescission (by which a contract is undone as if it had never existed and the parties are restored to their pre-contract positions) or damages. However, in practice, particularly where the misrepresentation is discovered a long time after the purchase, rescission is difficult to achieve, so damages are often awarded in lieu of rescission.

Damages are calculated by assessing the cost of putting the buyer into the position he or she was in before the misrepresentation took place. Most damages claims limit losses that can be recovered to those that are reasonably foreseeable, but this restriction is not applied to misrepresentation claims. Therefore, losses can be much wider and can include those associated with a general fall in the market value of a property. If a representation has become a term of the contract and subsequently proves to be untrue, damages are awarded differently, as this is a breach of contract rather than a legal misrepresentation. Damages for breach of contract are designed to place the claimant in the position it would have been in had the representation been true, and a buyer would be awarded damages for their loss of bargain – i.e. that amount they are out of pocket as a result of the incorrect representation.

Limiting liabilities as a buyer or seller

Sellers can seek to protect themselves from a misrepresentation claim by drafting the terms of the sale contract to limit liability for misrepresentations, and some standard forms include such limitations. Buyers should consider terms such as “non-reliance statements” or “entire agreement clauses” carefully and determine whether these could prohibit them from relying on previous representations made by the seller. In addition, buyers should ensure that they rely only upon representations that are made in writing so that, if those representations turn out to be untrue, the buyer can argue that they are not excluded from the contract or otherwise limited.

Nevertheless, depending on the wording of the contract and the facts of the matter, such limitations can be challenged as what is known as an “unfair term” (those which cause a significant imbalance in the parties’ rights and obligations under the contract, to the detriment of the buyer). Alternatively, sellers can curb their liability by wording some answers on the forms protectively, such as by inviting buyers to make their own enquiries, or referring to information being limited to that which is within the seller’s own knowledge.

In any event, the best protection against a claim of misrepresentation is to provide full and accurate answers to all pre-contract enquiries, whether contained in the standard forms or otherwise. It should be borne in mind that incorrect representations made by Estate Agents in reliance on information they have been provided by sellers can also give rise to a claim for misrepresentation, so it is important to ensure accuracy at all stages relating to the sale of a property. 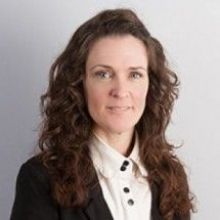 Karen Bright
What Is a Small Claim and How Can I Recover One?

Hans de Kruijs
Holding and Managing Investments From the Netherlands