The Lawyer Acting as Corporate Attorney-in-fact

Appointing a lawyer to act as attorney-in-fact for the company’s routine affairs is commonplace in the corporate environment. And this is all the more true for companies held by foreign-based equity partners, which are required by law to have a representative in Brazil (who is usually mistaken for the corporate attorney-in-fact).

It should be first pointed out that such appointment has nothing to do with the role of the attorney-in-fact set out in article 119 of Law No. 6,404 of 1976 (the Brazilian Corporation Act), which reads that “a shareholder resident or domiciled abroad shall have a representative in Brazil vested with powers to receive service of process in lawsuits brought against it based on the precepts of this law.” Such attorney-in-fact upon whom process will be served on behalf of the foreign-based shareholder need not be a lawyer or else have any other specific credentials. This representative may even be a relatively incapacitated person, if residing in Brazil (Civil Code, article 666). Besides, the role of such attorney-in-fact is limited to that of a service agent, as can be inferred from article 119.

The attorney-in-fact appointed for the company’s routine affairs, in turn, represents an equity partner or shareholder in corporate resolutions. Within this context, article 126, paragraph 1 of the Brazilian Corporation Law reads that “a shareholder may be represented at general meetings by an attorney-in-fact appointed less than one (1) year earlier, who must be a shareholder, senior manager of the company, or lawyer; for publicly-held companies, the attorney-in-fact may also be a financial institution, in which case the investment fund manager will represent the holders of investment fund units.” In general terms, this also goes for limited liability companies – article 1074, paragraph 1 of the Civil Code establishes that “an equity partner may be represented at general meetings by another equity partner, or by a lawyer, duly vested with specific powers identifying the authorized acts; the specific power of attorney shall be registered along with the minutes of meeting.” The only difference lies in the fact that the law is even more stringent for limited liability companies – an equity partner may only be represented in general meetings by a peer or a lawyer.

As the potential foreign equity investor may not know early on Brazilian residents who would enjoy his trust to such a representational extent, and as in those cases the lawyer not only is his closest contact person but also has built a strong relation of confidence with him, it naturally follows that the lawyer ends up being appointed as attorney-in-fact for undertaking those corporate formalities as well.

After all, for practical reasons, it is far simpler to have corporate resolutions on a Brazilian company to be formalized by the foreign equity partner through an attorney-in-fact in Brazil. Besides, opting for a lawyer to act as attorney-in-fact is oftentimes influenced by the need of satisfying the aforesaid legal representation requirements.

By the same token, Brazilian-based equity partners usually opt for appointing a lawyer to act as attorney-in-fact in that his legal knowledge and expertise would render him better equipped to represent them in matters for which a legal approach or an insightful professional is required. As a result of such representation at general meetings, it is the lawyer who, as attorney-in-fact for the equity partner, signs the attendance book, the book of minutes, and the minutes themselves that are registered with the competent public bodies (when so required).

As defined in article 653 of the Civil Code, the power of attorney (contrato de mandato) is a document by which the appointee (the attorney-in-fact) is given a mandate to perform acts on behalf and in the interest of the appointor (grantor). As a logical consequence, the effects from any acts carried out under the aegis of such mandate will reach the grantor only; the attorney-in-fact is not personally liable for obligations undertaken on behalf of the grantor, unless he has unlawfully acted beyond his legal power or authority (ultra vires).

It goes without saying that, on acting as a corporate attorney-in-fact, the lawyer does not equate to an equity partner or senior manager. He is a service provider and, as such, has no right to profits and assumes no business risks. His representation of an equity partner at general meetings, for instance, entails no management activity or control over the production means.

In practically all cases, the lawyer acts in strict abidance by the grantor’s orders and guidelines detailing what and how the grantor’s rights and interests are to be exercised. Strictly speaking, the lawyer himself is not defining the content of a corporate resolution; he is only formalizing, as attorney-in-fact, the equity partner’s stand conveyed to him.

No one would conjure up the possibility of imputing a defeated party’s debts to a lawyer who represented the latter’s interests in a lawsuit within the strict limits of the mandate given under an ad judicia power of attorney. By extension, a lawyer acting in strict abidance by the law and in keeping with his mandate cannot be compelled to answer for the debts of the equity partner represented by him in a corporate act or resolution – or, worse, for the company’s debts. The unlawfulness in any such events is twofold: a violation of the separate legal entity principle (assuming that the disregard doctrine is not to apply under specific circumstances), and a breach of the mandate rules. Nevertheless, some court rulings have indeed trampled over those legal principles and unduly rendered the attorney-in-fact liable for acts and resolutions of the equity partner represented by him (or even for the company’s debts).

Imposing on the lawyer any liability for corporate obligations is unfitting – unless, as already stated, he acted beyond his power or authority and/or committed any wrongdoing. Only in these cases could he be held personally liable. This is why article 133 of the Federal Constitution and article 2, paragraph 3 of the Legal Practice Act establish that “the lawyer is indispensable to administration of justice, whereupon he is not personally liable for actions and statements carried out in his legal practice and within the limits of the law” and “in the exercise of his legal profession, a lawyer is not personally liable for his actions and statements, within the limits of this law,” respectively.

Until recently, the corporate data record form of the São Paulo State Board of Trade (Jucesp) had one same field for the names of an equity partner’s attorneys-in-fact, on one part, and for the names of the company’s equity partners and senior managers, on the other. This usually led to confusion and, not surprisingly, to lawsuits (notably labor-related disputes) where the attorneys-in-fact were also named as defendants on a par with equity partners or senior managers. At the request of the Center for Studies of Law Firms (CESA), Jucesp changed its corporate data record form, which currently has a separate field for the name of an equity partner’s attorneys-in-fact. Measures of this ilk are welcome and should be constantly pursued to leave no shadow of a doubt that a lawyer acting as corporate attorney-in-fact is only representing the rights and interests of the equity partner that appointed him. However evident, this must be repeated time and again so that lawyers may exercise such an important role to its full extent. 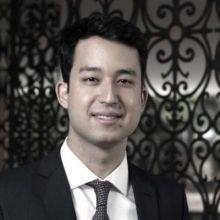 Guilherme Setoguti is specialized in litigation, arbitration and business laws.

He holds a Master’s degree and a PhD Degree in Law from USP. Professor of Corporate Litigation at INSPER – LLM and IBMEC/SP.

Maria Evangelou
How Crucial Is Nowadays the Role of Risk and Compliance Officers?