The jurisdiction over liability actions of directors of Government-held Companies was one of the most  complicated and debated issue in Italian Commercial Law, being not clear if such actions are subject to the ordinary jurisdiction or to the jurisdiction of the Court of auditors.

Just a quick overview: until 2003, in absence of legislative provisions, there was the opinion that:

Four years later, by art. 16 bis of Leg. Decree no. 248/2007 provided that the liability actions against Directors of Listed Companies not controlled by Government (pursuant to art. 2359 Italian Civil Code) were subject to the ordinary rules of Italian Civil Code. However, it wasn’t still clear which was the jurisdiction in case of liability of Directors of Government-held Company other than (Government controlled) Listed Companies. In this fragmentary framework, a couple of judgments of the Full Bench of Supreme Court (Cass. SS. UU. 22.12.2009, n. 26806; Cass. SS. UU., 25.11.2013) has established that:

Although these judgments constituted a milestone on the way of the division of the jurisdiction, there still wasn’t a clear legislative provision (with the exception of art. 16 bis of Law Decree no. 248/2007). Finally, with the art. 12 of the Leg. Decree no. 175/2016, the legislative omission has been filled. With reference to Directors, the new rule provides that:

From the combined provision of art. 16-bis, Law Decree  no. 247/08 and art. 12, Leg. Decree no. 175/2016 emerge as follows: i) in the case of Listed Companies with less than 50% public participation, there is always ordinary jurisdiction; ii) in the case of an In House Company, the Court of Auditors is always competent; iii) for the other companies: iii.a) in case of damage caused directly to the Governmental shareholder of the public partner, the Court of Auditors has jurisdiction; iii.b) for the damage incurred to the Company, has jurisdiction the civil judge.

It’s all clear? No, because there could be interferences between jurisdictions: the same case, in fact, can be seen both from the point of view of the civil liability, subject to ordinary jurisdiction, and of the accounting liability, subject to the jurisdiction of the Court of Auditors. The art. 12, Leg. Decree n. 175/2016 doesn’t give provisions about the coordination between jurisdictions, so that there may be interference between the action in front of the Court of Auditors and the civil judgment on the administrator's liability, with the consequence that there could be a duplication of proceedings. Such supplication could be solved according to the ne bis in idem limitation, which involves that the Governmental shareholder (which is damaged by the Director of the Governmental-held Company) can not obtain compensation twice for the same damage. 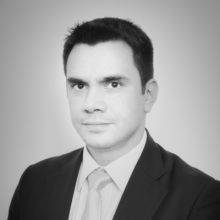 Collaborates with the Chair of Civil Procedure at the University of Turin, and has written articles, legal case notes and commentaries, predominantly regarding the sector of Arbitration Law.

He is a member of the editing staff of “NDS - Il Nuovo Diritto delle Società”.